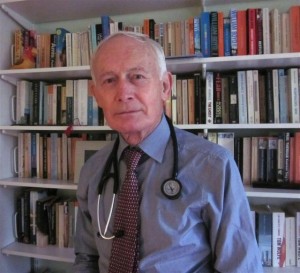 In developing countries around the world, rheumatic diseases constitute an increasingly significant public and medical health issue. Rheumatic diseases are conditions caused by swelling, inflammation and pain in the joints or muscles of the body. Common examples of rheumatic diseases include rheumatic arthritis, osteoarthritis, Sjogren’s Syndrome and lupus. The causes are varied: some diseases such as rheumatoid arthritis are the result of hyperactivity of the immune system, whereas osteoarthritis, among others, occurs due to the wearing down of the joints over time. Heartfile spoke to Dr Terence Gibson, Consultant and Clinical Lead for Rheumatology at Guy’s and St Thomas’ NHS Foundation Trust in London, UK, about the consequences of these conditions. As Dr Gibson explains, these diseases are ‘mainly not life threatening, but have a measurable impact on family and national economics.’ Early diagnosis followed by standard treatment can save patients suffering from rheumatic disease from long-term disability, and generally improve their quality of life.

Rheumatology was a relatively unknown field of medicine until recent years, and is now in high demand. In Pakistan, according to Dr Gibson—who has spent a fair amount of time in Pakistan—around 1% of the population has rheumatoid arthritis. Ideally, there should be one rheumatologist per 80,000 people. This means that around 3,000-4,000 are required to meet the demands of Pakistan’s burgeoning population. Currently, there are around forty. This dispiriting statistic was revealed by Professor Nighat Mir at the 16th Annual International Rheumatology Conference organized by the Pakistan Society for Rheumatology in October 2012, during which Dr. Gibson presented on the specific example of gout. Furthermore, there are no rheumatology centers in any of Pakistan’s public sector hospitals, and only three independent centers are formally recognised for training.

These forty individuals thus face an impossible task each day as they carry the weight for a population of approximately 180 million people. Granted, not all Pakistanis will require the care of a rheumatologist, but these are still overwhelmingly unbalanced statistics, by any standards. Writing in 2004, E.L. Kaplan summarised the situation in Pakistan effectively: ‘While one might wish to delve further into the epidemiology of this important cardiovascular disease in Pakistan, nevertheless the point which cannot be overlooked it that this theoretically preventable disease is unacceptably too prevalent.’

Modest progress has been made, with the introduction of The Arthritis Care Foundation and partnerships with the American College of Rheumatology. One particularly noteworthy development was the establishment of one of three rheumatology training programs in Pakistan by Nighat Mr Ahmad, MD, a U.S.-trained, board-certified rheumatologist and ACR International Fellow. However, effective treatment of rheumatic diseases remains hindered by the increasingly intense competition for health-related funding within Pakistan’s Ministry of Health. Reinforced commitments by intergovernmental organisations such as the UN and WHO towards controlling transmissible diseases such as malaria, polio and HIV/AIDs have further affected the attention accorded to rheumatic diseases, in turn reducing the potential for the necessary allocation of funds. Moreover, the relative burden of low mortality diseases and disorders, such as rheumatic diseases, are difficult to measure according to WHO’s preferred means of measurement – disability adjusted life years (DALYS). DALYS are the sum of disability years lost owing to disability and mortality. As a result, rheumatic diseases arguably deserve a much higher priority than they currently receive from WHO and domestic health ministries.

As stated in the Journal of Clinical Rheumatology editorial of 2009, ‘the major question now is how to raise the level of control of RD in a cost-effective manner, bearing in mind the limited economic and skill resources of developing countries.’ It is the responsibility of both the global and domestic public health communities to elevate the issue of the diseases on the policy agenda to ensure that the diseases are more effectively treated. As Dr Gibson explains, ‘modern treatment requires specialist guidance, but this is largely unavailable’. Although rheumatologists now function in Karachi, Islamabad, Rawalpindi, Lahore, Peshawar and a handful of other remote centres, the number of rheumatologists per capita compared with India and other Asian countries is, in the words of Dr Gibson, ‘pathetically small’.

In Pakistan, as is the case concerning the vast majority of diseases affected it population, the problems resulting from rheumatic diseases are considerable, but resources are minimal. However, there is an increasing opportunity for the prevention of rheumatic diseases, which will in turn reduce the need for treatment and rehabilitation. This will depend, however, on education, so this is perhaps the realm which deserves the most attention. It is also worth noting that the resources required to treat rheumatic diseases are relatively minimal when compared to many other diseases affecting the Pakistani population, and results can emerge in a comparatively short window of time. A concerted effort to focus on treatment facilities and rheumatology training alike is, therefore, undoubtedly worth the investment.