You are here: Home / Guest Bloggers / Devolution and Health 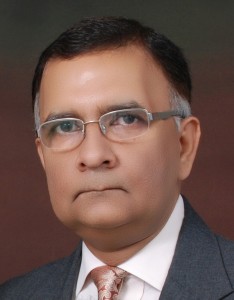 The devolution of Health and all other social sectors from the federal to provincial tiers materialized on the 1st July 2011. It is common knowledge that the move was undertaken without the adequate necessary groundwork or preparation at either level. The former Ministry of Health was itself in a complete state of denial even shortly before the formal notification announcing its abolition was issued. However, what is most distressing is that this development came at a time when an advanced draft of the National Health Policy, 2010 had been shared with all stakeholders and the informal approval of the provincial governments obtained. A Basic Package of Health Services was to be made a part of the policy in order to provide every citizen with integrated primary health care services with minimal quality standards at all the three levels of primary care namely the Rural Health Center, Basic Health Units and the community. Although the across the board implementation of such a package in all districts would have entailed a health spending of at least 3% of GDP depicting an increase of 500% from its then level of 0.6%. What is more probable that the BPHS would have been ‘piloted’ or ‘pre-tested’ in certain districts before their nationwide implementation in a phased manner, to pave the way for attaining the Millennium Development Goals if not by 2015 at least by a date in the foreseeable future. At the provincial level, while devolution is viewed as an opportunity for giving special focus to the under-served thematic and geographical areas, and clustering of certain programs with a view to attain cost-effectiveness and better outcomes. It will be nice to see the Health and Population Welfare mechanisms come together at provincial level with the district population welfare officer serving under the District Coordination Officer or Deputy Commissioner. The Population Welfare program has remained on the development budget for close to half a century and this may be the optimal time to mainstream it with the regular integrated primary health care program. The issue of non-communicable diseases’ prevention and control that has been paid lip attention in the past needs to be made part of the services offered at the primary care level in order to save a lot of preventable morbidity and mortality on account of cardio-vascular disorders, diabetes, cancers and mental diseases. Road Safety can be taken up separately with the relevant departments using a systems approach. Nutrition services that have been neglected over the past several decades, despite the availability of funding, merit serious and urgent consideration in the devolved scenario. However, above all, the provincial governments should afford Health the priority it deserves in their political, administrative and financial outlays, while the federal government can play a supportive role for them in over-arching issues and financial disbursements until the announcing of the National Finance Commission Award scheduled for 2015-2016.