You are here: Home / Guest Bloggers / Sexual Rights in the Marital Relationship: A Community based KAP survey in District Hyderabad, Sindh 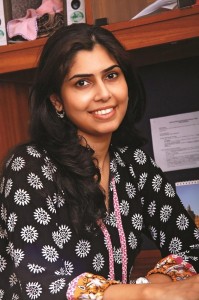 In Pakistan, marriage is recognized as a legal, social and religious relationship. It is also the only relation in which sexual contact and reproduction is considered permissible and appropriate, especially for women. Most marriages in Pakistan are immediately followed by pregnancy and child birth, while various studies have highlighted the burden of adverse health outcomes that occur as a result of violation of women’s sexual and reproductive rights. Aahung is a non-profit organization that uses the rights based approach to improve access to quality sexual and reproductive health and rights information and services since 1995. Realizing the importance of sexual and reproductive rights (SRR) in the marital relationship and their impact on reproductive health outcomes, Aahung designed and conducted a community based survey in Hyderabad district of Sindh during 2012. The survey was designed and implemented in collaboration with the Sexual Rights Resource Center team of Aahung and with staff belonging to the Population Welfare Department of Sindh. The objectives of the study were to assess the knowledge, attitude and practices of married females and males on sexual and reproductive rights (SRR) related to marriage and to identify the available sources of information and healthcare services on such matters.

Findings of the survey were gathered from 710 respondents, selected from each of the four Tehsils of Hyderabad district. Among the respondents there were 49.3% females and 50.7% males. With respect to age at marriage more than 80 % males and females were of the opinion that the legal age of marriage for boys and girls should be 18 years. In practice, 55% females had gotten married by the age of 19 years, while 82% males got married after the age of 20 years. More males (46%) considered decision making for marriage as their right and therefore 12% had a say in the decision for their marriage. Only 36% females comprehended decision making for marriage as their right and therefore 3% asserted their opinion in their marital decision. Almost 70% of both male and female respondents thought that if the elders in the house agree for marriage then it is not necessary to take consent from the boy or girl. More males (80%) had read their Nikahnama, as opposed to females (59%).

With respect to inter-spousal communication, a vast majority (more than 95%) males and females were of the opinion that it is appropriate for a husband to express his sexual desire to his wife, while only 60% considered it appropriate for the wife to do the same and this translated into the practice of 98% males and 55% females feeling comfortable in expressing their sexual desire to their spouse. More than 80% males and females reported that violence is usual among married couples. Almost 45% males and females thought that women are primarily responsible for making or breaking a marriage, while 67% males and 54% females thought that women usually provoke their husbands to hit them.

Findings related to family planning showed that the most commonly used methods of contraception included condoms (56%), pills (33%) and injections (28%) and that females overall had better knowledge of these contraceptive options.  Knowledge about side effects of FP methods displayed that considerable percentages of females and males related usage of contraceptive pills and injection with weight gain in women, permanent irregularity of menstruation, breast cancer, erectile dysfunction and infertility in women. This points to the high prevalence of misconceptions that limit FP usage and determines choice of contraceptive methods. The percentage of female respondents who believed that IUCD can be displaced to other organs and that vasectomy can lead to erectile dysfunction decreased with increase in education level. A very small percentage of female (2%) and male (4%) respondents appreciated that delaying first pregnancy is also the purpose of FP therefore, 36% females and 18% males were of the opinion that married couples should not start using FP before having their first child. A considerable percentage (almost 30%) of both females and males thought that FP is the primary responsibility of women, therefore 201 (28% of the 710 respondents) were found to have ever used any family planning method and among them 60% were females. Desire for a male child and religious reasons continue to be the common causes for not using FP in both females and males, however 37% males said that not knowing about FP is also a reason for non-usage. Twenty-three percent (23%) females also reported that people do not use FP as their spouses don’t allow them to do so. Three fourth (75%) of females affirmed that information regarding FP methods should be given to girls and boys before marriage as opposed to 44% males. More than 90% of FP users felt comfortable in discussing FP options with their spouse, while more than 50% of them chose the FP method by mutual consensus. In case of disagreement on choice of FP method the husband made the final decision, as reported by 61% females and 52% males.

Regarding unwanted pregnancy and post abortion care, only a small percentage of respondents could correctly identify the safe period for abortion. Of the 16% (112) respondents who thought that it is okay for a woman to undergo abortion, 23% women and 86% men thought that pregnant women should get abortion if their life is at stake and 33% females said that inability of the couple to afford the baby can be a reason for choosing to go for abortion. A comparison of attitudes and practices related to unplanned pregnancy and abortion depicted that very few females who think that abortion is acceptable actually undergo abortion when faced with an unplanned pregnancy.

The survey findings have enabled Aahung to strengthen its approach and redefine the training modules for community and facility based healthcare providers so that they can provide better information and services to their clients. The programmatic and methodical recommendations drawn from this survey are given below.