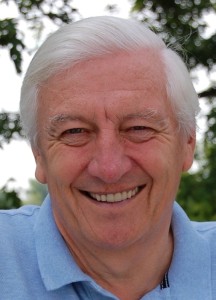 Fifty prominent leaders from around the world including Heartfile President, Dr Sania Nishtar, recently gathered at Green Templeton College Oxford for a symposium on Gender Inequality in Emerging Markets.

The symposium explored the consequences of some sobering facts: that almost every culture is scarred by the perverted belief that women are innately or circumstantially inferior to men; that gender discrimination manifests itself in subtle and bestial ways ranging from female feticide, infanticide and neonaticide, to bride burning, genital mutilation to active or passive tolerance of systems that deny women equal participation in reproductive decisions, equal access to education and employment, equal pay for equal work, equal rights before the law and equal roles in political life; and that, although in the absence of rapid change, almost every country in the world will have a long way to go before its women are truly equal, the journey for some emerging markets will be very long indeed.

Gender discrimination diminishes the capacity of mothers to promote the rights of daughters, makes women vulnerable to sexual slavery, trafficking and forced marriage, stunts the capacity of boys to become caring fathers, denies women what should be inalienable rights, reduces their quality of life and deprives emerging markets of female talents, skills, expertise and capabilities.

The waste of female talent undermines emerging market economies, the abuse of women threatens their societies and the marginalisation of women impairs their political systems. Because the world’s high income countries face continued economic uncertainty, the international community has a vested interest in the buoyancy of emerging economies and their collective capacity to sustain global demand for goods and services. Having achieved remarkable economic and social progress over three decades emerging markets must now confront constraints to sustainable growth, social cohesion and political stability including crises in health, education and human welfare including crises associated with gender inequality.

Gender inequality must be eliminated from emerging markets as from other countries because it is morally wrong and because it is bad economics. It is also bad for business which is why smart companies, like Sri Lanka based MAS Industries, has pioneered programmes to help female employees reconcile conflicts between obligations to children and families and obligations to employers. These conflicts confront working women everywhere, but confront the poor most severely. MAS Industries has done well by doing good because what is good for its employees is also good for its business.

No country on earth – with the partial but incomplete exceptions of the Nordic countries – can feel complacent about the current status of women in their economies, societies and polities. Pakistan’s citizens must judge whether Pakistan should feel comfortable about the status of women in its economy, society and polity. In reaching that judgement, they might bear in mind that International Women’s Day, 2013 was recognized around the world on March 8 and resolve that if they think change is needed, Pakistan should set targets to be achieved before that day comes around again in 2014.