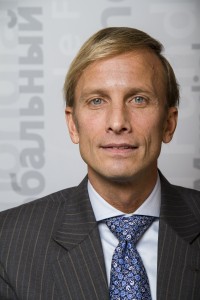 For more than a century, La bohème, the opera, set in 19th century Paris, has moved audiences to tears with a heroine who dies of tuberculosis. Since the 1950s, audiences could head home without worrying about catching the disease themselves, which no longer posed a real threat in Paris, Milan, Vienna or New York.

But, today, La bohème’s tragic last act is playing out daily in many places, including South Africa, India, Indonesia, Russia, China and Brazil – virtually all over the world. Nearly 9m people had tuberculosis in 2011, and about 3m of those were left undiagnosed, without effective treatment. Typically, each of those patients infects up to 15 others in one year. And 1.4m people died of TB in 2011.

Even worse, new and potent strains of TB are emerging that are resistant to available antibiotics. Multi-drug resistant TB appears when people do not complete a correct course of treatment and fall ill again.

About 20 per cent of patients who have already been treated for TB and come down with it again, carry the strain that resists multiple drugs. Alarmingly, about 9 per cent of these cases are now being diagnosed with the particularly virulent strain of the disease – extreme drug-resistant TB, which is practically untreatable.

This poses a stark challenge to global health practitioners. We have to be smarter at investing, get better at identifying all new cases of tuberculosis, while simultaneously making progress against the most serious existing cases. We need better follow-up systems for people in the most vulnerable groups, such as migrants, miners, prisoners and people who use drugs, whose TB cases may only be cured with very expensive treatment or may not be cured at all.

In an era of global mobility, TB is now threatening countries such as the United Kingdom, where tuberculosis has long been considered a disease of the past. This year, some boroughs in London have as high an incidence of TB as many developing countries.

TB spreads through airborne droplets, it infects rapidly where people live close together, and almost everyone is at risk of getting it. After the second world war, advanced countries largely eliminated TB by ensuring that people infected with the disease could be detected early and treated properly, and, because living conditions and hygiene improved and slowed transmission.

Yet, during the 1990s, after the former Soviet republic collapsed, TB infection rates soared in Russia, eastern Europe and Central Asia. At the same time, TB found a deadly ally in Aids, infecting millions of HIV-positive people – in particular in southern Africa – and became the leading cause of death among people living with HIV. By 2000 TB, like Aids and malaria, had become a global emergency.

Over the past dozen years a concerted global effort managed to halt the spread of TB. Since 1995, 20m lives have been saved through proper TB treatment – people who otherwise would have died.

However, the job is far from done. The decline in new TB cases globally over the past few years has been just 2 per cent per year, the number of TB cases detected yearly has stagnated at 6m cases per year over the past 6 years. Every month, more cases of multi-drug-resistant and extreme drug-resistant TB are reported from countries around the world.

We have a choice: we can invest now or we can pay forever.

It is up to us if we want future generations to view La bohème as a quaint throwback to a bygone era, or if it will be a painful reflection on a contemporary predicament.

This post first appeared on the Global Fund Blog and is crossposted from: http://www.theglobalfund.org/en/blog/31729/