You are here: Home / Heartfile Stories / Ageing: A challenge, an opportunity and a triumph

This year, UNFPA and HelpAge International jointly contributed to a report that analyses the impact of ageing in the twenty-first century and puts forward policy recommendations to maximize the opportunity of ageing populations in developing and developed world contexts. The data and statistics presented predict that by the year 2050, 2 billion pe 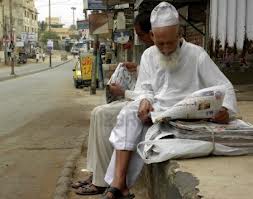 ople will be over the age of 60. This extraordinary statistic is clearly an opportunity, but also a cause for concern.

In terms of well-being, sanitation and advanced health care, this ageing phenomenon indicates a triumph of development. Life expectancy at birth has substantially improved; in fact by 2045-2050, newborns can expect to live to 83 years in developed regions (78 years in 2005-2010)  and 74 years in developing regions (68 years in 2005-2010). While this is an achievement, an ageing population also demands an economy that can cater to the social security and protection needs of older citizens. Currently,Japanis the only country with people over 60 years comprising more than 30% of its population. It is expected that by 2050, 64 other countries will also be included in that bracket, amounting to a total of two billion people over 60 years worldwide.

Men and women over the age of 60-65 years are a vulnerable social group that requires efficient healthcare, senior citizen benefits, and social protection. In economic terms, these responsibilities become an “economic burden” if a country is unprepared to provide such services or has insufficient economic resources.

There are countries that continue to cater for the needs of older persons, and have not cast this phenomenon of ageing populations as an “economic burden”. Most of these are developing countries where older persons are feudal (as in the case of Pakistan), and thus support their children both financially and in terms of their personal decision making. Older citizens in the west are not respected in the same way. This report employs the example of Bolivia where retired men and women have formed a “Brigadas Blancas” (White Haired Brigades) to help facilitate aid and care in flood relief and relevant humanitarian goals. In Malawi, 90% of citizens over 65 years of age work. 67% of older citizens in the Philippines and 55% in Thailand support their children. These economies offer valuable lessons on how to approach this global ageing “challenge” and to reshape it into an opportunity.

In Chapter 2, the report highlights that some countries, such as Singapore, have already employed policies such as the Advantage and Flexi-Works, which grants aid to employers that recruit or re-employ older workers. In Pakistan, senior citizens are given public conveyance advantages.

As the MDG 2015 deadline fast approaches, it is imperative that the importance of this phenomenon is emphasized in the post 2015 MDG agenda by allocating policies and flexibilities in laws that will cater to senior citizens worldwide. InAustraliafor instance, citizens aged between 65-74 years contribute $16 billion per year in voluntary work. This is a prime example of how we can turn a challenge into an opportunity.

The UN report warns of this “longevity dividend” and emphasizes policy employment as a means of addressing the ageing population. In a joint statement, the two agencies reported that “In many developing countries with large populations of young people, the challenge is that governments have not put policies and practices in place to support their current older populations or made enough preparations for 2050.”