You are here: Home / Guest Bloggers / The Role of Academia in Socio-Economic Development 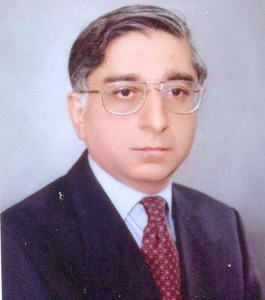 In most indigenous cultures and countries, a working system that inspires socio-economic development is an opportunity. Socio-economic development is termed as a system that creates sustainable access to the economy for its beneficiaries, in other words, “it teaches people to fish rather than giving them a fish”. Therefore the core element of ‘sustainable’ socio-economic development is an intellectual input. In a given economy, these inputs come from policy institutes, ‘think tanks’ or academia. These think-tanks often non-profit promote research based policy advocacy. Unfortunately, despite the role of policy institutes and institutes has not matured well in Pakistan and therefore the long-term vision in policy making that comes from intellectual input remains the ‘missing link’ in Pakistan’s policy making.

Although this does not necessarily imply a lack of intellectual inputs in final decision-making, it does however imply the limited and restricted amount of exchange between the state and the intellectuals in policy-making decisions. To quote an example, the devolution of the health and the education ministry in 2011, as a result of the 18th amendment caused a systemic dismantling of the health sector structure which is evidence of this disconnect, as is the bickering among provincial drug regulatory authorities. Perhaps this also relates to the role of academia which is limited to ‘like minded’ experts. Therefore, the sharing of experiences and knowledge has not been embraced by public-private partnerships as would have been the ideal case. Also, in light of a cause-and-effect relationship, the resultant inequalities in the socio-economic scenario cause unstable behaviors and thus extremism.

Hence, the challenge in policymaking and translation of the decisions made becomes even more complex and demands a higher level of engagement among the state, think-tanks, experts, academia, and more importantly the media and ulema in Pakistan. COMSATS is an institution that has been established in Pakistan for over a decade and as emphasized by our mission statement, we are “dedicated to the search for truth through advancement of learning and extending the frontiers of knowledge and strive to apply this knowledge to benefit the people of Pakistan” through research, teaching, and finally through outreach and public service. In line with the third fold of our mission statement, we recently launched the Center for Policy Studies that is “of crucial significance in such time of crisis in Pakistan” as stated by Dr. Sania Nishtar at our maiden event, titled “The Role of Academia in Socio-Economic Development” in the Islamabad campus on February 23, 2013. For this event, we reached out to stellar academicians and experts in the area and we are pleased to announce the open and unbiased tone of the discussion that we were able to facilitate.

Dr. Junaid Zaidi explained the rationale for establishing the Center for Policy Studies and stated that formation of this centre is intended to bridge the gap between the academia, researchers, and the policy makers and practitioners, the key missing link identified earlier in this piece. Several suggestions were given on the operations of the launched center. The discussions led to unanimous suggestions of extending the scope of this newly launched center on “pressing” national problems in the country as agriculture, climate, education, health, water, and the energy. Efforts of the formation of the center were appreciated round the table and the importance of the outreach of research and its reflection and incorporation in decision-making were stressed.

As I rounded off the discussion, I emphasized the urgency and the willingness to host similar events over the course of next few months in the anticipation of constructive and healthy debate on multifarious development related issues facing the country by involving all the stakeholders and experts in the relevant field.

The minutes of this meeting can be accessed here.