You are here: Home / Guest Bloggers / The Hypertension Myth 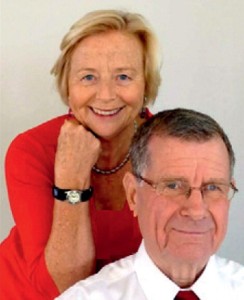 The whole concept of World Hypertension Day is misguided because it perpetutes an unfortunate myth – it implies that we can deal with “hypertension” (i.e. raised blood pressure) problem through treatment.  Based on current knowledge and experiences, reductions in population blood pressure levels will be most efficiently achieved through salt intake reduction and this should be the prime intervention.

The currently proposed target based on a blood pressure of 140mmHg systolic blood pressure cut point, while highly correlated with mean systolic pressure. This can lead to inappropriate policy and programmatic choices by perpetuating the hypertension myth.

First, one half of all disease caused by high BP occurs in non-hypertensive people – i.e. people who have a level of BP below 140/90 mmHg.

Second, conventional treatment of hypertension is misguided because less than half of those on treatment reach levels of <140mmHg and very few reach the optimal level of about 115mmHg. Even in well-resourced countries, less than 10% of blood pressure-attributable disease is actually prevented by a hypertension treatment programme.

Further, with a hypertension target of systolic blood pressure>= 140 and/or diastolic blood pressure >=90, unless achieved by population-based interventions that shift the whole distribution, would mean having to identify and treat approximately one-third of the adult population in many countries. In China, for example, this approach to treating raised blood pressure would cost approximately one tenth of the total health budget. It is likely to be the same in Pakistan – a strategy doomed to fail.

Finally, any treatment programme should be based on overall risk of a heart attack or stroke as versus the level of individual risk factors.  Overcoming the dominant approach of identifying and treating single risk factors will take a major educational effort directed towards practitioners and policy makers but such a shift is needed for both prevention and treatment programmes to lead to large benefits in terms of reducing disease and mortality.  Similar arguments apply to blood cholesterol lowering.  It is imperative that poorer countries learn from the failure of outmoded approaches exported by wealthier countries.