You are here: Home / Guest Bloggers / World No Tobacco Day 2013: Not just another day 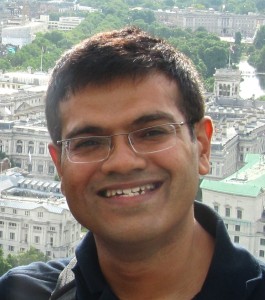 The 31st of May 2013 will mark the 26th year of successive observance of World No Tobacco Day across the world, when WHO Member States resolved to commemorate a day every year to say NO to use of tobacco through a World Health Assembly Resolution in 1988.

While this year’s message calls  to  ‘free ourselves’ from tobacco industry, by instituting ‘Comprehensive Bans on Tobacco Advertisement, Promotion and Sponsorship’; I just thought to reflect as to what tobacco control movement has brought to the health community over these years; and how tobacco control has evolved.

Tobacco was officially recognized as a serious health hazard in 1970 by WHO, following evidence of its effects in development of pulmonary and cardiac diseases, including bronchopulmonary cancer, chronic bronchitis, emphysema and ischemic heart disease. By 1998, it was recognized as a complex health challenge with linkages beyond health arena, in global and national economies, politics, trade and even culture.

Accordingly, tobacco control movement emerged as a global response to address these dimensions that were seldom perceived as having anything to do with health. This public health response matured to the evolution of the WHO FCTC as the first international public health treaty in 2003; when the Health Ministers of 192 WHO Member States unanimously resolved in bringing tobacco control as a global political commitment. The treaty recognized the need for a comprehensive and coordinated response by international community; to regulate tobacco use in its various legal, health, finance, trade, social and global dimensions for the sake of public health.  The FCTC not only brought a certified global consensus on a complex public health issue; but also set a precedent to bring forth other health issues like International Health Regulations and NCDs on higher international political agenda.

To this extent, tobacco control is an exemplary public health success story with guiding principle of ‘the Right to health as a priority’. It has brought to light the ‘debauched  secrets’ twined in the rope of big money; that tobacco industry has always used to rein in the societies by all possible means. However, the finish line is still way ahead. The stronger the tobacco control movement is becoming, the tougher is the reaction from industry and proponents of tobacco. The industry is using all possible ways to keep its business alive, through political, fiscal, lobbying and social marketing strategies to keep its influence at highest political level, and to falsely manipulate its standing as socially responsible in the eyes of the public.

This is more so true for countries like Pakistan, where response to tobacco epidemic is still struggling to gain momentum; and where industry is strong enough to hit tobacco control with all its might through all possible options.  We as public health professionals have a responsibility to raise our voice loud and clear, before the public, as well as to play our role to expose the industry maneuvers. It is time now to address tobacco control not only as a health issue but as a ‘war’ against this ’ruthless and devious enemy’; as was remarked as, by  Dr Margret Chan, the Director General of WHO during the World Conference on Tobacco and Health in 2012;

“We’ve come a long way, bullies. We will not be fazed by your harassment. Your products kill nearly 6 million people each year. You run a killing and intimidating industry, but not in a crush-proof box. Tobacco industry: the number and fortitude of your public health enemies will damage your health.”

If we want to enhance government resolve against industry pressure, we, the health professionals, and civil society need to match this passion and rage. The WHO FCTC is the strongest ever conscious response from the governments worldwide to regulate tobacco and to uphold people’s right to health. We as public health professionals need to ensure that governments abide by this commitment. With the new government taking its charge in a few days in Pakistan, I think this is the right time to strongly encourage our newly elected representatives to the parliament and the government to do their best for comprehensive tobacco control.

The writer is based in WHO Eastern Mediterranean Office Cairo. The views expressed in this post are writer’s personal views and do not employ the expression of any opinion whatsoever on the part of the World Health Organization.

Further information about World No Tobacco Day can be found at WHO websites;
http://www.who.int/campaigns/no-tobacco-day/2013/en/index.html
http://www.emro.who.int/tfi-campaigns/2013/