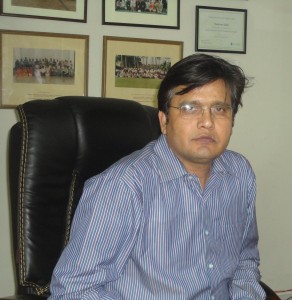 Analysis of the collected data from the Report “Monitoring of Tobacco Advertising, Promotion & Sponsorship (TAPS) and Point of Sale Advertising” reveals that Point of Sale (POS) advertisement is observed at 78% of the tobacco retail places, 77% POS are using “Power walls and Fascia” for tobacco advertising, beneficiary schemes for retailers observed at 32% of monitored POS . Further, 92% tobacco retailers are selling tobacco without valid license and 87.4% of the retailers are selling tobacco products to minors, which is clear violation of tobaccocontrol laws.

TheNetwork’s monitoring survey conducted during two years aimed at assessing the trends of tobacco marketing post ban on tobacco advertising in mass media. The evidence collected will be used to build advocacy campaign for comprehensive ban.

Monitoring of TAPS is a difficult job as it involves developing new tools for monitoring. TheNetwork takes pride in the fact that internationally TheNetwork is one of few organisations has undertaken this huge exercise. We believe that it would spruce up tobacco control efforts in Pakistan, stated Nadeem Iqbal, Executive Coordinator of TheNetwork for Consumer Protection.

The monitoring survey of TheNetwork was conducted in 10 populous districts of Pakistan including Islamabad Capital Territory, Rawalpindi, Lahore, Faisalabad, Multan, Gujranwala, Sargodha, Jhelum, Sialkot and Bahawalpur. TheNetworkdemands effective enforcement of existing tobacco control laws and ban on Point of Sale Adverting. TheNetwork has organized a range of activities to commemorate World No Tobacco Day 2013 including a picket on the eve of WNTD.

Tobacco prevalence among men is 32% and among women is 9% in Pakistan. Every year more than 100,000 people die due to tobacco related diseases.

TheNetwork understands that existing tobacco control laws and Regulations ban Tobacco Advertising, Promotion and Sponsorship. This includes Prohibition of Smoking & Protection of Non-smokers Health Ordinance 2002 and S.R.Os F.13-5/2003 HE. ,   882 (1)/2007, 53 (KE) 2009 and 863 (1)/ 2010, Which ban promotion of tobacco products, sports sponsorship,depiction of smoking scenes in TV programs and dramas, manufacturing and sale of toys and snacks similar to tobacco products and sale and offer of free & discounted tobacco products, free sampling, cash rebates and goods below market value.

Analysis of TheNetwork’s monitoring in 10 districts, establishes that tobacco advertising and promotional activities of tobacco industry increases likelihood of people beginning or continuing to use tobacco. Tobacco industry uses many tactics to persuade non-tobacco users to start. Specifically, it targets youth and women.