You are here: Home / Heartfile Stories / The elimination of global hunger – Is there hope?

World Food Day, which took place on the 16th October, was a day to reflect on global hunger and undernourishment  and the challenges posed by food insecurity on economies worldwide. .

Building upon the World Food Summit pledge in 1996, world leaders at the UN Millennium Summit in 2000 vowed to half the proportion of people suffering from hunger around the world by the Millennium Development Goal (MDG) target deadline of 2015. Indeed, the first of the eight Millennium Development Goals is to ‘eradicate extreme poverty and hunger’. Encouragingly, the 2012 MDG Report, released by UNICEF, the WHO and the World Bank states that the number of children with stunted growth around the world has decreased by 35% from an approximate 253 million in 1990 to 165 million in 2011. The report states that the MDG Hunger 2015 targets appear to be within reach, indicating a t 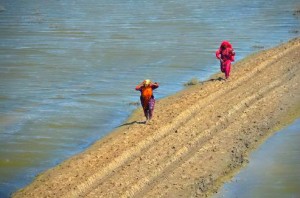 riumph for international development. However, the fact that 165 million children will still suffer from stunted growth – despite the preventable nature of the cause – is nevertheless a tragedy.

Food insecurity exists in the developing world despite a concerted global effort to improve policies seeking to overcome global hunger. The stunted growth of children examined in the report is a direct consequence of malnutrition. Although rates of inter-generational malnutrition, and child and maternal malnutrition have decreased, these conditions continue to severely affect the health and well-being of adults with underweight children, who comprise 16% (101 million) of the global population. This statistic has a direct impact on the fourth Millennium Development Goal – the reduction of child mortality rates. Although child mortality rates have decreased, the international community is still not on target to meet the Millennium Development Goals set for 2015. Global hunger is preventable and can be easily tackled with the introduction and implementation of appropriate policies. The fact that hunger kills more people each year than AIDS, tuberculosis and malaria combined, yet fewer resources are spent on its eradication, cannot be ignored.

Studies have indicated a direct correlation between child malnutrition and the economic state of a country. There is enough food and resources in the world to feed the entire global population. Access to these resources is therefore the primary cause of hunger.  A dispiriting fact is that developed countries produce more than enough food (a large proportion of which is wasted) to feed, for example, the starving children in the Sahel region of western Africa, where over 16 million people are fighting a food crisis due to drought, conflict and chronic poverty. Social protection and improved policy implementation within government sectors is crucial if this global challenge is to be confronted.

According to the 2011 World Food Program Hunger Map, undernourishment in Pakistan is categorized as “moderately high”, with 20-34%. This statistics are however affected by natural disasters. For instance, in Pakistan, flood affected regions such as DG Khan and Rajanpur are inhabited by communities at risk of chronic hunger, a lack of sanitation and insufficient access to drinking water. This can be addressed through appropriate campaigning to increase awareness of the risks facing these communities will galvanize volunteers to support relief efforts.