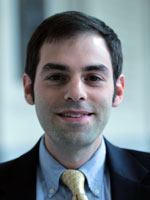 One of the early top priorities of newly elected Pakistani Prime Minister Nawaz Sharif is improving relations with India. Sharif, who has long advocated for a closer relationship, is particularly keen to normalize commercial ties with New Delhi.

The prospects for Pakistan-India trade normalization have been greatly enhanced ever since Islamabad announced, in late 2011, that it was ready to confer Most-Favored Nation status on New Delhi (India extended this status to Pakistan back in 1996). Much of the discussion surrounding the benefits of trade normalization has focused on economics. For example, a new report produced by the Woodrow Wilson Center—for which I served as lead editor—estimates that with normalization, bilateral trade volume could soar from about $3 billion to $40 billion. Analysts have noted that intensified trade would help boost India’s flagging GDP, and increase badly needed government revenues in Pakistan.

Missing from this debate, however, is talk about another key advantage that normalized trade could bring about—an easing of each country’s public health crisis.

Pakistan and India are both afflicted with widespread illness and disease. Pakistan’s epidemics range from polio to tuberculosis and medical practitioners simply can’t keep up—according to one estimate, there is only one doctor for every 18,000 people. India’s public health system is also notoriously overburdened, and millions of people are sick.

Bilateral trade normalization can ease (even if modestly) this Subcontinental burden—an implicit theme in the Wilson Center’s new report and in the analysis of its contributors. Consider that medical and surgical supplies have some of the largest trade potential of any Pakistani export to India. Nearly 50 pharmaceutical items are currently on Pakistan’s negative list (that is, a list of goods that can’t be traded with India), and trade normalization would free up these dozens of items. Meanwhile, trade normalization would facilitate Pakistan’s ability to import cheaper medicines from India. Currently, Pakistan mostly imports Indian pharmaceuticals via informal channels (such as via third countries or through smuggling)—a less efficient and more risky means of conveying critical medicines to sick Pakistanis.

Admittedly, these public health benefits will not accrue instantaneously. Pakistan will need to overcome the understandable concerns of its pharmaceutical industry, which fears the prospect of cheap Indian drugs flooding Pakistani markets. And India will need to make its byzantine trade procedures more transparent and streamlined, to ensure that Pakistani pharmaceutical exporters can get their urgent (and often perishable) goods into India in a timely fashion.

These are course corrections worth making. While a nation’s economic health is crucial, the basic health of its citizenry is as well. Fortuitously, trade normalization can strengthen both.