You are here: Home / Guest Bloggers / Undernutrition: An unfinished agenda 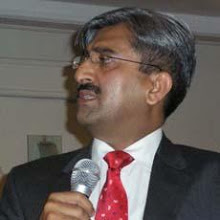 “Nutrition is crucial to both individual and national development. The evidence in the Lancet Series on Maternal and Child Nutrition furthers the evidence base that good nutrition is a fundamental driver of a wide range of developmental goals. “The post 2015 sustainable development agenda must put addressing all forms of malnutrition at the top of its goal” was a unanimous agreement at the launch of the Lancet Series in Pakistan. Lancet is a pioneer medical research journal which focuses on health issues. The launch ceremony was well attended by representatives of the federal and provincial governments, UN agencies, donors, academia, media and civil society.

While there has been a tremendous increase in a global political commitment to improve nutrition; yet this has translated into a modest impact. This presents a substantial unfinished agenda i.e. to address the cause of 45% (3.1 million) of all under 5 child deaths due to malnutrition said the President and CEO of Save the Children US, Carolyn S. Miles observed in her opening remarks at the launching ceremony in Islamabad. In Pakistan alone, 35% of all under five deaths can be attributed to the menace of malnutrition observed Ms. Miles.

She further noted that the national and international momentum to address human nutrition and related food security and health needs has never been higher but we have to seize this opportunity and take concrete actions. Carolyn Miles reaffirmed Save the Children’s commitment to the cause of addressing malnutrition and assured that Save the Children will remain a frontline ally for responding to nutrition issues in Pakistan.

One of the leading global experts on nutrition and a lead author of the Lancet Series Dr. Zulfiqar A.  Bhutta from the Agha Khan University presented the key finding of the four papers. Breastfeeding practices are far from optimum, despite improvements in some countries said Dr. Bhutta. Sub optimum breastfeeding results in an increased risk for mortality in the first 2 years of life and results in 800,000 deaths annually. Furthermore, nearly 15% of deaths of children younger than 5 years can be reduced (i.e. 1 million lives saved), if the ten core nutrition interventions identified in the Lancet Series are scaled up.

“Pakistan has made insufficient investments in nutrition sensitive interventions that are critical to produce policy change and impact” lamented Dr. Bhutta and called for a collective societal approach, whereby all segments of society such as media, government, civil society and public work in collaboration to provide an enabling environment which puts the issue of malnutrition at the center stage.

“The Lancet Series in 2008 identified the need to focus on the crucial period from conception to a child’s second birthday-the 1000 days in which good nutrition has lasting benefits throughout life”.

“In Pakistan, about one quarter of the new borns are born at a low birth weight. Whereas, one half of the children suffer from chronic malnutrition. This seriously undermines the prosperous development of Pakistan as consequences of malnutrition cut the nations GDP by up to 4%” said Mr. Dan Rohrmann, Country Representative UNICEF Pakistan. “Despite the economic development of the nation, we are facing a silent crisis of malnutrition with indicators amongst the worst in the world and no improvements in recent four decades regretted Mr. Rohrmann and emphasized that if this issue is prioritized, malnutrition can be ended in a life time of a generation.

The Development Partners for Nutrition (DPN) group is involved in advocacy for considering nutrition as a priority at the national development agenda, policy and strategy support and strengthen nutrition in implementation shared Ms. Silvia Kaufmann, Chief Nutrition, UNICEF Pakistan. The DPN is supporting the development of provincial nutrition guidance notes and provincial inter-sectoral nutrition strategies she informed.

Mr. Aslam Shaheen, Chief Nutrition, Planning Commission of Pakistan lauded the efforts of Save the Children in launching the Lancet Series in Pakistan and observed that recommendations highlighted in the lancet paper will build into the Vision 2025 and government’s 5 year development plan. He also informed the participants that the Government of Pakistan will formally launch the National Nutrition Survey 2011 in the coming few weeks.

The launch of the Lancet Series on Nutrition  is timely and relevant for Pakistan as recommendations could be used in the Integrated Provincial Nutrition Strategies being prepared in all the four provinces through a consultative process. Save the Children together with the DPN is committed to providing support to the federal and provincial governments to have the strategies in place and implemented. There is also a commitment for full support and cooperation to the government for implementing the Scaling up Nutrition (SUN) initiatives commitments in Pakistan. Together with the Development Partners for Nutrition and the civil society of Pakistan we are committed to work for improving the nutrition situation in Pakistan. However, for these initiatives to materialize political will and leadership is needed by the government both at the federal and provincial level.

The launch got excellent coverage from Pakistan’s leading newspapers and on social media including facebook and twitter. There was great resolve and commitment among the stakeholders to use the findings of the series in the ongoing efforts to improve the nutrition situation in the country and put nutrition on the agenda of decision makers, civil society and media and the national and provincial levels.

This Blog first appeared on http://www.trust.org/item/20130827063530-lq9ek/?source=hppartner and has been cross-posted with additional comments by Mr. Arshad Mahmood.