You are here: Home / Guest Bloggers / Latest Research on Tobacco Use and Health Care Cost Has Global Implications 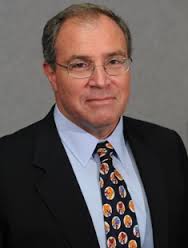 This month’s articles on health care costs and tobacco control in the South African Medical Journal (SAMJ) have far reaching implications beyond the shores of South Africa. The latest Global Burden of Disease data (Lancet, 2012) show that two of the top three risk factors that contribute to the highest burden of disease in Western Europe and the U.S. are tobacco and high Body Mass Index (BMI). This not only has serious health consequences, it has significant financial implications for governments, businesses and individuals — both in terms of direct health care costs and indirect costs such as work productivity.

One of the papers, published by RAND Corporation and Vitality, looks at the direct health care cost impact of these two risk factors. They show that severely obese individuals have a 23 percent higher health expenditure than those at a healthy weight, and moderately obese individuals have an 11 percent higher health cost. Furthermore, current or past smokers have an 11 percent higher health expenditure. The research was carried out on an insured South African population with similar demographic and health care profiles to counterparts in Western Europe and the US. It supports recent research carried out by Pandya et al. in the U.S. (Health Affairs, 2013) which predicted a significant increase in healthcare costs in the U.S. from cardiovascular disease due to the aging population, declining mortality and ever increasing obesity rates.

While Pandya et al. research highlighted declining smoking rates in the U.S. as positively influencing cardiovascular disease cost projections, they were not outweighed by the other pressures increasing the costs. An additional paper published by Reddy et al. also adds caution to the enthusiasm over declining smoking rates. It shows that while there has been a significant decline in smoking in school age children in South Africa between 1999 and 2008, there has been a marginal increase between 2008 and 2011 (to 16.9 percent in 2011). This has been mirrored in the U.S. by the CDC Youth Risks Behavior Surveillance that showed a significant decline in youth smoking rates between 1997 and 2009, but no significant decline between 2009 and 2011 (remaining at 18.1 percent in 2011). As today’s young smokers are our tomorrow’s smoking adults, a leveling of the decline, or even a potential increase could have significant impact on future health care costs.

Continued cigarette consumption worldwide, despite all interventions that have been tried, argues for a look at new breakthrough interventions to prevent the inevitable future costs.The editorial co-authored by David Sweanor of the University of Ottawa highlights the need to provide smokers with alternative viable options, rather than continuing along the same lines of controlling combustion cigarette supply and demand. Taxes have played a key role in getting smoking rates down across the world but an improved approach, complimentary to accepted policies in place, is needed to better tackle addiction. E-cigarettes have been a consumer breakthrough that should be embraced by public health personnel and governments rather than vilified. As they state, “We can still strive for complete nicotine cessation… but we are currently presented with the very real prospect of massively reducing the individual and population risks of smoking by something in the range of two orders of magnitude.”

High BMI and smoking remain among the top three risk factors that contribute to the highest burden of disease in Western Europe and the U.S., and the research mentioned above highlights this issue and discusses potential solutions, with implications far beyond South Africa.

This Blog first appeared on the Huffington Post and has been cross posted from: http://buff.ly/1ccSNRV