You are here: Home / Guest Bloggers / Lives on the Line: An Agenda for Ending Preventable Deaths 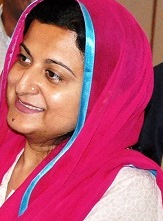 The launch of Annual EVERY ONE Campaign report “Lives on the Line” on 23rd October, 2013; is meant to invigorate the MDGs commitment and advocate for a final global impetus towards the unfinished business. Save the Children started its most endeavoring global campaign, EVERY ONE in 2009, to contribute towards  the concerted efforts being done in line with  fourth Millennium Development Goal, a two –third reduction in child mortality. This report looks in to the progress the world has made so far and ascertains the steps required to achieve the goal.

The report enunciates about the progress in child health over time; mortality has halved since 1990[1]. In 1990, over 12 million children died each year before their fifth birthday. Today, even though the world population has increased by more than 1.5 billion, the number of child deaths each year is 6.6 million. This means that each day, 17,000 fewer children are dying than in 1990[2]. Today the world is reducing child mortality at a faster rate than at any point since 1990. Between 1990 and 1995, mortality was reduced by an annual average of 1.2 %. In the last seven years, this rate of reduction has improved by three times that is 3.9 %. Africa has doubled the rate of reduction over the past decade,  as compared with the 1990s[3].  Already 25 countries in the world have achieved the target and some of the poorest countries like Ethiopia and Niger are on track to achieve the MDG 4 by 2015.

Despite these improvements, the world as a whole remains off-track towards meeting the fourth Millennium Development Goal.  We live in a world where each day 18,000 children under the age of 5 years die from preventable causes and since 1990; 216 million children have died in developing countries[4].   The point which distresses the most is the newborn mortality which remains un-changed rather situation has deteriorated from 37% in 1990 to 44% in 2013[5]. Child mortality is increasingly concerted in the poorest and disadvantaged countries mostly in rural and peri-urban settings. In 1990, West and Central Africa accounted for 17% of child mortality which has increased to 30% by 2013 more in the fragile countries. Now Africa and South Asia holds 80% of all child deaths globally[6].

The situation is perplexed with most over-looked and chronic issue of malnutrition which is the underlying cause of 45% of child deaths. Stunting rates could only be amended by a just one-third since 1990[7]. Pneumonia remains the biggest single killer of children, accounting for 17 % of all deaths, or 1.1 million children, each year. Diarrhea remains one of the leading global causes of death among children under 5, accounting for 9 % of all under-5 deaths—a loss of more than 580,000 child lives in 2012[8].  The reduction in deaths from Malaria has been vivid, while it still accounts for 14 % of all child deaths in Africa, It is estimated that 46 million women give birth each year without the assistance of a skilled birth health worker, and 57 countries fall below the World Health Organization’s recommended minimum ratio of 23 doctors, nurses and midwives for every 10,000 people.[9] Ironically, the countries with a high burden of child mortality are investing meager budgets on health and nutrition and are unable to deliver against the commitments.

The countries which have made a real dent in child mortality proclaim that it’s not only the resources which matter but high impact interventions, enabling environment, top level political commitment in response to public demand , civil society engagement and broad-based partnerships contribute towards the overall change.

The report has chalked out three major challenges which hinder progress towards achieving the MDG 4.

In this report, a new ranking of countries has been presented. It is based not only on how speedily they are making progress towards achieving MDG4, but also on the extent to which progression is equitable and sustainable.

The report include a series of more detailed case studies of trends within high burden countries—Afghanistan, Bangladesh, Ethiopia, India, Indonesia, Kenya, Nigeria, Pakistan and Sierra Leone—that tell the story of how policy and political will have brought positive change in the lives of the children and families.

Look at the progress, Pakistan has made in this context. Despite considerable progress in the region as Bangladesh, and Nepal, have reached MDG4 ahead of the 2015 target date, it remains a missed opportunity for Pakistan. Pakistan could not make it to anywhere near to the MDG4 target.  The mortality rates are declining sluggishly and so does the equity gaps, which are narrowing more slowly than average. Child mortality rate have declined by only 23% in the last decade while newborn mortality rate declined by 15%.  A child born in the poorest 40% of the household is more than twice as likely to die as a child born in the wealthiest 10% of the households.

The federal and the provincial governments in Pakistan have taken some measures to accelerate the progress and improve maternal, newborn and child health indicators. In 2013, the caretaker government established a ministry of Health Services, Regulation and Coordination[10]. New government appointed a federal Minister of Health Services. The Ministry has formed National MNCH task force which is chaired by federal secretary of health and includes all provincial health director generals. Provinces have developed their accelerated plans in an effort to reach near the MDG 4 target. Country adaptation of global Action Plan for Pneumonia and Diarrhea (GAPPD), provincial endorsement of protection of breastfeeding law and signing of the SUN (Scaling up Nutrition) movement are among the few positive developments in the recent times. As members of SUN Movement, Pakistan has increased some funding for child health and nutrition.

The report also moves on to recommend actions required to be taken to address the child health issues in Pakistan.

To put the child survival on the fast track, Pakistan needs to address its health work-force crisis; child malnutrition should be prioritized and emergency measures needs to be taken to improve newborn health. The coverage of proven interventions for the prevention and control of most common childhood illnesses (diarrhea, pneumonia etc.) must be expanded. Pakistan needs a larger network of skilled and equipped community based workers supported with supervision and monitoring. Routine immunization is an area which asks for special attention. Pakistan should also increase its focus on addressing nutrition in the first 1,000 days of life. The SUN movement must be rendered into tangible action with increased budgetary allocation for Nutrition. The integrated MNCH approach would benefit both the population and health system. The role of civil society for increasing public say is important. Besides, building the systems for improved governance and accountability are vital to this over all change.

[9] Save the Children. March2011. Missing Midwives