You are here: Home / Guest Bloggers / A message from Prof. Samad Shera on World Diabetes Day 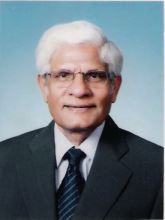 The theme of the World Diabetes Day for 2009-2013 is “Diabetes Education and Prevention”. The Campaign slogan for this year is “Protect Our Future”. Diabetes is one of the major health challenges of the 21st century. Currently there are 371 million people living with diabetes and another 280 million are at high risk of developing the disease. This number is expected to rise to half a billion by 2030. Pakistan has also seen a sharp rise in the diabetes prevalence. Pakistan will rank 10th in the world by 2030 with 11.4 million with diabetes.

Type-1 diabetes cannot be prevented but 80% of type 2 diabetes is preventable. IDF recommends that all people at high risk of developing type-2 diabetes should be identified. People at high risk can be easily identified by assessing risk factors such as age, waist circumference, family history, cardiovascular and gestational history. Type 2 diabetes is on rise in children mainly because of obesity. Everyone has a role to play in helping to turn the tide of diabetes to protect our future generations.

There is substantial evidence that by achieving a healthy body weight and moderate physical activity we can prevent type 2 diabetes. 30 minutes of brisk walk daily will reduce the risk of type 2 diabetes by 35-40%.

Policy makers and health care providers have to focus on primary and secondary prevention of diabetes to minimize cost of tertiary care.