You are here: Home / Heartfile Stories / HIV/AIDS : Worth the fight 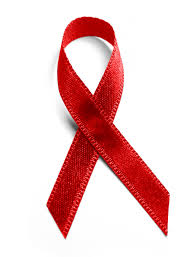 The imperatives for building awareness about AIDS stems from the very pandemic nature of the disease. This year’s theme for the World AIDS Day was “Shared responsibility: Strengthening results for an AIDS free generation”, marking the campaign’s 26th year anniversary. Since 1988 to date, there has been massive progress in the eradication of the once considered deadliest and perhaps the most stigmatized disease.

The accountability UNAIDS’ 2013 global fact sheet shows encouraging improvements in AIDS/HIV spread and prevention goals. New cases of HIV infections (which eventually lead to AIDS) have dropped by 33% since 2001 and cases of new HIV infections among adults and adolescents have decreased by 50% in over 26 countries, while the number of new HIV infections has also massively declined by 52% since 2001. In the same time period, nearly 10 million people in poor countries are receiving treatment that wasn’t previously the case. Although the goal of “Getting to Zero: Zero new HIV infections: Zero deaths from AIDS-related illness and Zero discrimination” has not been fully achieved, such statistics present promising decline in the disease “endemic”.

It has received much attention with the leading HIV/AIDS advocates including Bill Gates, Hillary Clinton, Elton John and many more. There is a greater awareness of the disease today than ever before, while the taboos and stereotypes previously associated with the disease have been faced with global apprehensions as the awareness about disease has increased.

The following infographic by The One Campaign shows the progress made in the fight against HIV/AIDS in Africa within the last decade. Given the divergent progress in Africa, it is evident that a single ‘fit for all’ strategy does not apply to Africa anymore. Many parts of Africa have made tremendous developments in this area and may actually be well ahead of other countries, world-wide.

However, despite this progress, efforts towards disease eradication have not fully succeeded. There are still approximately 180,000 Americans living with the disease undiagnosed, while decreased, the underlying stereotypes and ethnicities associated with the disease still persist to this day, and while there is progress, the statistics are still unacceptably high in terms of “Getting to Zero”. As with polio endemic, which still exists in three countries, including Pakistan, Afghanistan and Nigeria, there is a need for that ‘final push’ to eradicate the disease forever.

Meaningful results in this effort will require not just time, but also sustainable efforts, hard work, vigilant political will, resource commitment and area based- disease prevention/ eradication strategies. “One-fit-for-all” is clearly not the answer for Africa for instance, as seen in the infographic, the disease map in the country has changed considerably since 1988, and therefore a country/ area specific eradication strategy would be a giant leap towards pushing out the disease. 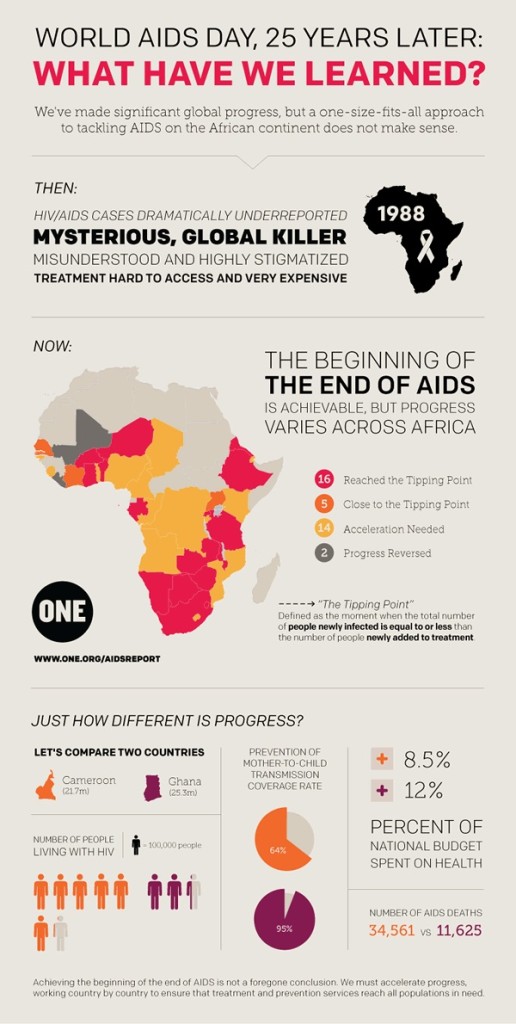 This infographic first appeared on www.one.org/aidsreport and has been cross-posted from http://www.one.org/international/policy/the-beginning-of-the-end-the-2013-one-aids-report/