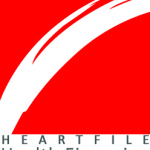 According to the UNFPA, every day 20,000 girls under the age of 18 give birth in developing countries.  There are in effect 20,000 dire untold stories of gender inequity, malnutrition, survival and even abuse. Anayat’s is one such story of survival, selflessness and cultural pressure. It is the story of needless suffering of a woman, whose unwavering efforts to save her marriage brought her to Heartfile Health Financing.

She comes from a far-flung area of Tehsil Kotri near Hyderabad’s Liaqat University Hospital, Heartfile’s registered facility in search of treatment. The depth in her eyes spoke of the distress and the agony of the perilous journey she made for her baby during the ninth month of her pregnancy.  At the mere age of thirty-five, she had the courage for her twelfth pregnancy with a child whose survival she was not even sure of. Her previous eleven pregnancies had been a series of miscarriages and stillbirths, none of which survived due to a congenital disease.

A single miscarriage is undoubtedly one of the most painful experiences a can woman endure. It causes physical and emotional distress, which only the sufferer can explain. Anayat was pale and frail from her failed experiences.

Without access to suitable family planning centers or health infrastructures in their local community, the impoverished family took the challenge to search for treatment in Hyderabad.

Physically and emotionally exhausted, the family did not even have enough money to pay for her Caesarean section which was to cost what would seem a mere Rs. 4,500. To this impoverished family on the other hand, with just enough income to get by, it would have imposed a massive dent to their family income.

With Heartfile Health Financing intervention however, she had the chance to conceive her son, who is now alive and healthy. This very fact gives Anayat the empowerment and the strength a woman needs in the rural areas of Pakistan, to look her community in the eye and dissolve the social pressures she had faced in all her previous years of marriage.

Each day, hundreds upon hundreds of families of the conservative and religious communities witness a similar story. Strained by their culture, they see a large family as a blessing and dismiss the conventional treatments as well family planning and birth spacing ideology. With the catastrophic health expenditure attached to medical treatment, these families are forced to undergo homemade abortions or suffer obstetric complications as a result of their dangerous pregnancies, which often result in maternal or child mortality. They form the majority of the Pakistani population. This is therefore, unfortunately one of the contributing factors of Pakistan falling short on its MDG indicators for maternal neonatal and child healthcare.