You are here: Home / Pakistan Health / Equality for women is progress for all 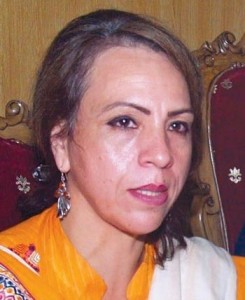 Gender equality remains the biggest global challenge of the 21st century. Despite a global discourse on gender equality and a number of international conventions on women’s rights, there is hardly any country in the world that can truly claim to have achieved gender egalitarianism. Gender gaps in social, economic and political status persist the world over. The slogan ‘Equality for women is progress for all’ has yet to be fully understood by a male-dominated world.

In Pakistan, the gender equality discourse is engulfed by controversies. The extremist lobby and the male-dominated elite assign women to a subordinated status vis-a-vis men. A misogynist mindset continues to prevail. Women are denied the fundamental right to live in their own rights as individuals. To maintain this patriarchal control over the lives and bodies of women, the mechanism of violence against them is invoked on a daily basis. They are raped, abused, harassed, humiliated, denied rights by their families, communities and state institutions.

Today, to mark International Women’s Day, our politicians will be making tall claims about their commitment to women’s empowerment. They will try to blur the reality of gender disparities in social life. It is hard for our policymakers and the people’s representatives to explain the stark gender disparities that exist in all spheres of life. Despite national commitment to gender equality, Pakistan has slid down on the Global Gender Gap Indexfrom 132 to 135, second only to Yemen. There is a persistent gender gap in the literacy rate: 49 per cent women are literate compared with 65 per cent men. Pakistani women have the worst health status in the world, with the highest maternal mortality rate of 260 women dying per 100,000 live births. Seventy-six women sit in the National Assembly, with 60 of them on reserved seats. The provision for 33 per cent representation of women in local governments has been reversed in all provincial local government acts. Only 18 per cent women work in the formal sector of the economy, whereas 70 per cent labour in the informal sector consists of women, which is three times bigger than the formal economy. Only 11 per cent women own property and four per cent own agricultural land. Every third woman is subjected to some form of violence. Discriminatory laws, honour killings and the traditions ofvani, swara, karo-kari, sung chatti, walvar and watta satta are creating havoc in women’s lives. In the face of rising extremism, women have been targeted and killed by extremists.

Within this larger context of social inequalities, we need to raise fundamental questions on International Women’s Day rather than listening to the hollow reiteration of commitment to gender equality. The important question we should be asking today is whether the goal of gender equality can possibly be achieved in a society, whose social and economic structures are based on social and gender inequalities?

We must understand that gender equality is not a set of commitments reflected in legal and policy documents. Gender equality is a terrain of social, cultural and legal struggles that cannot be won without changing the larger social and economic structures of society.

This Blog has been cross-posted from Express Tribune and first appeared on http://tribune.com.pk/story/680103/equality-for-women-is-progress-for-all/