As the deadline for the Millennium Development Goals approaches, it has become imperative for all countries to check for indicators that impede their progress towards these goals. A single country’s inability to cope would result in an overall drawback in results. It is therefore important for the developing world to make progress. The deadline for the MDG’s is September 2015; however, key decisions on the formulation of the post 2015 agenda must be made far in advance of this. Pakistan unfortunately has performed poorly in terms of achieving the MDG’s. In the midst of battling a polio endemic, alarming malnutrition rates, a rise in stunting cases, and a challenging water sanitation problem, Pakistan is faced with an overarching complication: a rapidly growing population, the wellbeing of which is “a developmental imperative”.

This year, the two-day 13th Annual Population Research Conference, was held at the Institute of Business Administration (IBA) in Karachi, themed “Population Wellbeing: A development imperative”, organized by the Population Association of Pakistan (PAP). It was sub-themed into specific issues including; population, economic growth & poverty alleviation; birth spacing saves life; migration, urbanization & employment; and population & environment. The subject of population and its negative implications on Pakistan’s GDP has chartered much global attention since the world’s population reached 7 billion. Pakistan remains one of the fastest growing nations in the world, standing as the sixth most populous country across the globe and is on the verge of becoming the fifth most populous according to UNFPA. 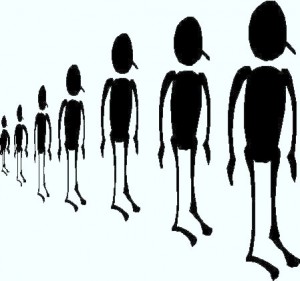 The conference featured a number of scientific research papers where speakers shared their data and methodologies with experts, including government officials, academicians, policy makers, researchers, civil society representatives, media advocates, program managers and students. The guest of honor on the first day was Mr. Muhammad Javed Malik, the Federal Secretary of Population and Planning representing the Pakistani government. He stressed the reversal of stagnation of contraceptives, the negative impacts of the growing population and displayed a timeline of population planning in Pakistan.Ms. Shahida Azfar, President of the Population Association of Pakistan stressed the need for Pakistan to adopt a holistic and multi-sectoral approach to deal with the growing population faced in Pakistan.On its second day, Dan Rohrmann, Representative UNICEF and Rabbi Royan,Representative UNFPA, Dr. Abdul Ghaffar Bilbio, from Agha Khan University and Prof. Abid Burki from LUMS University, spoke of population in the context of MDG’s and gave concrete research on population growth trends. They demonstrated the need for a quantum leap in order to reach the MDG’s. The meeting was concluded by Dr. Nadeem Ul Haq from the Planning Commission and Shehnaz Wazir Ali, Special Assistant to the Prime Minister,  who demonstrated the interest of the government in the reversal of the negative impacts of the rapidly growing population that impedes Pakistan’s developmental efforts, degrading the economy. In order to achieve this, the adoption of a holistic and a multisectoral approach is essential, as emphasized by Ms. Shahida Azfar at the conference.
-Ends-
Mariam Malik (Blog moderator)
Senior Research and Communications Associate
Heartfile