You are here: Home / Pakistan Health / Rethinking the fight against drug abuse 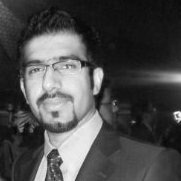 Zaeem wakes up at the break of dawn. After a quick shower at a local mosque, he gathers his tools and waits outside the G-11 markaz for someone to approach him for household maintenance work. A hashish smoker from his early teens, Zaeem, now 45, is as functional and productive as most people who have never tried drugs. He has a family in Rawalpindi that he was forced to leave some 10 odd years ago. ‘They assume that I embody all the vices in the world, because I smoke hashish.’ So Zaeem chose to stay alone where he doesn’t have to face the constant barrage of criticism and judgments.  Neither his speech nor his actions imply something is amiss. We on the other hand have been socialized into a culture of fear and taboos whereby someone who smokes hashish or uses other drugs is automatically considered to be dysfunctional. This mindset permeates throughout the society – in the words of the lawmakers, the actions of law enforcers, and the apathy of the general public. It has marginalized a great number of individuals creating for them a situation whereby they end up being at higher risk for abusing other drugs. Yet, Zaeem’s case, which is not the only one of its sort, is a testament to how misplaced our conceptions about drugs are.

We know that the government has never undertaken a scientific analysis of the problem in Pakistan. That can partially be attributed to a lack of culture that promotes scientific inquiry. However, it can be argued that the problem of drug abuse is hard to sell as an area of concern due to the negative images that it evokes. Scientific insight can however allay such concerns, if we can develop a proper educational campaign around the issue. Consider this: 75 percent of drug users whether they use illegal drugs, alcohol, or prescription drugs, do not become addicts. Scientific literature is rife with evidence that only 10-25 percent of individuals who try the worst of the drugs (class A drugs) such as heroin and crack become addicts. Additionally, the social problems often attributed to drugs have been proven to exist in communities that are economically marginalized. Crucially, there is strong evidence to support the claim that drug abuse is an outcome rather than the cause of social issues.

Globally, between 162 million and 324 million people, corresponding to between 3.5 per cent and 7.0 per cent of the world population aged 15-64 had used an illicit drug in year 2013. Due to the demographic shift, youth who are the primary at risk group, now form a larger part of the total population. Also, the current trends suggest that more women are now abusing drugs than ever before. Although the number of drug users continues to rise, both locally and globally, there are serious gaps in terms of service provision.  Only one in six problem drug users (those with drug use disorder or dependence) have access to drug dependence treatment each year. This poses a serious challenge for a country like Pakistan where the taboo combined with the legality of the issue makes it difficult to humanize the problem, particularly for female users.

As it stands now, the situation in Pakistan is dismal. An estimated 6.45 million people in the country between the ages of 15 and 64 have used drugs in the year 2012-13. As drug usage has continued to rise over the last decade or so, by no small measures also due to the rise in population, the prevalence is bound to have increased. Another reason for considering this figure critically is the sheer difficulty of getting access to drug users who often deny usage due to fear of social marginalization. Hence, this is to be considered a lower estimate of the actual figure; which as a percentage of the total population is already on the higher end of the global figures.

Along with illegal drugs, the consumption of controlled medication without prescription has also increased substantially. From the supply side there are no control mechanisms and these medications are easily accessible. Many individuals tend to use pharmacies as a point of consultation while a substantial number of pharmacies are being managed and run by untrained professionals.  Demand for these drugs has increased due to rising socio-economic pressures that have consequently increased the number of psychological disorders in the society at large.

Irrespective of whether a country is developed or underdeveloped, there has always remained a gulf between scientific evidence and policy measures. The only point of diversion between the two worlds in this regard is perhaps the speed with which policy seeks to catch up to scientific insight. Whether this is because of the policy making being entrenched in unyielding bureaucratic processes or a general culture of aversion to science is a discussion for another day. The aim of this series is to encourage a discourse on how far removed we are in terms of bringing scientific nuances to our policy analysis and what steps can be taken to bridge such a gulf.

At one of our meetings at a local dhabba (roadside tea stall), I had a profound moment of clarity thanks to Zaeem. ‘Zaeem, would you like some tea?’ I had implored. With a smile that exuded confidence and knowledge, he responded ‘Sahab, I don’t take my drug in a cup.’ Truly there are drugs that don’t even register on the radar and have become a normal part of our lives but their impact on health and disease burden is at times higher than the drugs that have been deemed illegal.  Here, the issue is not the potency of the drug or its ability to cause socio-economic damage. Rather, it is how it has been framed within the law.

Next step is to consider perhaps the most powerful stakeholder: the government.  The subsequent post will take a brief overview of government’s role and its successes and failures in addressing the problem of drug abuse. It will also assess the degree to which the government incorporated scientific insight in forming laws pertaining to the issue.

The author is a LUMS alumnus, and a fulbright scholar with a Masters in Public Health from The George Washington University. His focus lies in the areas of health policy, health systems, impact of poverty on health and US healthcare. He currently teaches economics at Headstart School and GRE at USEFP.