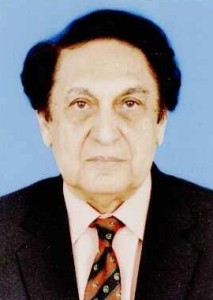 Pakistan’s  population  scene is  characterized by a low contraceptive prevalence rate ( 35.4%) and a high unmet need for family planning services (20.1%). Thus every fifth married woman in the reproductive age group either wants to postpone the next birth or does not want to have any more children but at the same time is not using any family planning method. If we disaggregate the overall figure of 20.1% of unmet need in urban and rural areas according to the provinces, this would bring out the gravity of the situation in the rural areas, a deprived sector, which is two-third of the population. The unmet need in rural areas of Punjab is 18.2%%, in Sindh 24.7%, in KPK 26.2% and in Balochistan 32.8%. This aspect always needed priority attention but in the past hardly any programme focused on a lasting basis on this aspect.

Here it may be mentioned that to address the issue of low CPR and high unmet need in the rural areas, the author, in 1992, as Federal Secretary Population Welfare, introduced the Village-based Family Planning Workers (VBFPW) scheme by piloting it in 13 districts throughout Pakistan. It concentrated almost exclusively on family planning, its strategy being periodic and repeated interaction of the VBFP workers with the clients.  Its assessment was assigned to an outside agency, namely Population Council. It showed excellent results by raising CPR substantially in a short period. The behavioural change, that of adoption of family planning, was brought about by the face-to-face communication between the worker and the client; it removed the client’s misgivings, doubts and responded to her concerns giving her confidence to take to take the advice of the worker. This is mentioned here to underscore the fact that face-to-face contact with the prospective clients is a tried and successful strategy and should be the basis of the new strategy .

Though the VBFPW scheme was closed, another scheme modeled on these lines, which is operative now, can serve the same purpose.

The Ministry of Health, emulating the VBFPW scheme, started its Lady Health Workers programme exactly on the same pattern though with an expanded role. The programme was named  Prime Minister’s Programme for Family Planning and Primary Health Care. It found political support and continuous funding; their number now is around 100,000. However, the LHW programme, which is not contributing much to the family planning efforts due to its preoccupation with health problems of immediate nature such as Polio campaign, measles and other emergencies, can be utilized by the autonomous post-18th Amendment Population Departments  for extending  family planning services by collaborating with the Health Departments of the provinces.

Each LHW covers a population of 1,000 and maintains a Family Register (Khandan register) which contains record of all women of reproductive age group, in particular their addresses, age, practice of family planning, number of children, their ages etc. Thus all particulars of women relevant to family planning covering of a population of 100 million is readily available. This gigantic data can be used by the provinces to make programmes, starting with pilot projects , and use targeted approach, i.e., concentrating first of all those who are likely to adopt, or are in dire need of, family planning. Thus a Population Worker, to be designated or appointed in the new project, can cover a large population and bring about quick results. A start can be made by redeployment of the underutilized staff of the Population Welfare Departments.

For illustrative purposes data from Punjab is taken. A study of PC-1, 2010-2015 of Population Welfare Programme,  Punjab shows that its 1630 Family Welfare Centres would employ 9,000 persons, which is 48% of the total staff strength. There being on an average 9 clients per day at a centre, they work just for two hours a day and thus they are being grossly underutilized. As such the relevant personnel can be used in the new scheme of intensive motivation for family planning and for spacing. Here it would be useful to note that studies of a similar programme in Bangladesh have demonstrated that the greater the frequency of visits to the clients, the higher and quicker is the rise in CPR.

The above is just one option. The provinces can come up  with other alernatives. For example, the provinces, once in possession of the address and data of women of the reproductive age group, can  employ exclusive persons for this purpose. Also, they can use a method adopted with great success in Turkey. This comprised intense inter-personnel motivation campaign in an area for a few years, and after raising the CPR to a target level, moving  on to another area.

Mr Mahbub Ahmad
The author is a retired CSP office who has held several key family planning posts, those of Joint Secretary (Planning) and then Secretary Population Welfare Division, cumulatively for seven years. He has also served as Executive Director NIPS. After retirement he served as Special Advisor UNFPA for six years. Thereafter he did several consultancies for JSI-USAID, TAMA. He is also author of a monograph “Family Planning in Muslim Countries” which he wrote after visiting five Muslim countries.