You are here: Home / Pakistan Health / Demographic Demons of Pakistan 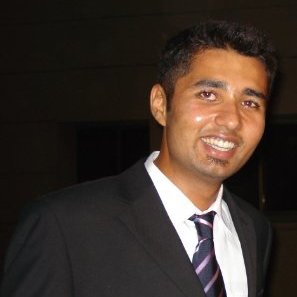 The Pakistan Demographic and Health Survey (PDHS) is part of the world wide Demographic and Health Surveys (DHS), which are conducted in over 90 countries since the past thirty years. The DHS is undertaken with the objective to provide reliable estimates of fertility, family planning, maternal and child health, nutritional status, women empowerment, domestic violence and amongst other things awareness about diseases such as hepatitis and HIV/AIDS.

The 2012-13 PDHS launched earlier this year was the third of such a survey conducted in Pakistan since 1991. Compiling this report was no easy task. Amidst perennial resource scarcity, lack of capacity and threats to the teams collecting in areas where the state has little or no writ, the National Institute of Population Studies has done commendable work. What the report says about the 6th most populous nation on the planet is alarming.

A nationally representative sample of around 13000 households was interviewed. A quick snapshot shows that the average Pakistanis household consists 6.8 people with a large proportion, nearly 40%, under 15 years of age.

Some revelations from the report are as follows:

The ticking bomb has exploded. Nobody needs global standards to assess how bad the situation is. The inequity needs to be addressed. The population needs sensitization, for health is everybody’s business. We need to clear the mist around jargons and make this more palatable for people to help themselves and the people around them. We are going nowhere by leaving women and children behind. We need to push harder for improved mother and child care. We need to ask ourselves, what we are unfolding if a undernourished teenage girl is married off and subsequently has a child to be responsible for, soon after. How long would implications of this single event last? Do we have a quick fix for the fall outs? Do we still need a consensus on prioritizing quality care. Two million youth enter the job market every year; capitalizing on the demographic dividend cannot be over emphasized. We need a greater investment in health care, to make healthier citizens, as tomorrow things will be more complex than today. National priorities need to be aligned for this.

Dr. Anis Kazi
The author is a public health professional based in Islamabad. A medical doctor by training, he graduated from the London School of Hygiene and Tropical Medicine, where he was involved in research around polio in Pakistan. He has interests around social determinants of health, Universal Health Coverage and health sector reforms, and is presently working as Senior Manager, Policy Advocacy and Research at Heartfile, NGO-Health think tank.