October 9th 2014 is marked as World Sight Day, a day to focus international attention on blindness and vision impairment. On the occasion of World Sight Day, I’d like to share my story about sight. I will connect it to the eye-care situation in Pakistan and hope that it will inspire more interest and efforts in improving eye-health for Pakistanis and people around the world.

My life began in a small village in the outskirts of Sialkot, Pakistan. My vision (pun intended), or perspective of life, was limited by the simplicity of village life. However, this simplicity was challenged by the time I was just two years old. My family began to notice an unusual white gleam in my eyes. I was taken to local doctors and eventually to Lahore, where I was diagnosed with bilateral retinoblastoma. My family was told that I had a rare childhood cancer of the eye and that I may not survive. This was in 1993 in Pakistan when treatment for retinoblastoma was not available, and still is inadequate today. The doctors advised that my best hope would be to take me abroad for treatment. For most Pakistani families, this is just not possible. Fortunately, my father was an immigrant in the United States and thus my mother and I were able to come to the United States to get treatment.

Although I survived the cancer after months of extensive chemotherapy and radiation, I had one eye enucleated and developed a sight impairing cataract (a clouding of the eye’s lens) in the other, which progressed as I grew older. As difficult as my impairment was, I received tremendous support from my family, friends, doctors and teachers.  I am especially indebted to the New York City public school system, which cultivated much of my academic abilities. This is another area for improvement in Pakistan and other developing countries as more children survive their disease but face disability. With the technology available today, no child (or adult) should be unable to achieve his/her fullest potential despite their impairment.

My life changed course again when I turned 17, but this time for the better. As my cataract had fully matured, my vision had become extremely poor. I could not see the largest letter on the eye chart even when I was one meter away from it. I had remained patient for a long time. It was time to operate and remove the cataract now.

On February 13 2009, I received a miraculous sight-restoring cataract surgery. I had never seen so clearly before. Everything seemed unrealistically vivid and beyond my description. Just imagine being able to see for the first time. I was mesmerized by this visual phenomenon and decided to devote myself to studying vision science as an undergrad instead of business. Within a year of my sur 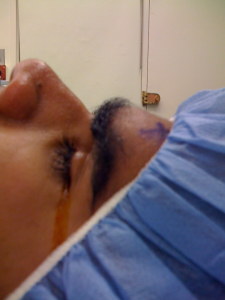 gery, I was volunteering at the same hospital I had my surgery, preparing patients for their cataract surgery and reliving my own experience every time I saw them regain their sight. My passion to help others see became stronger over time and through various experiences I had. I became alarmed, however, when I learned that according to the World Health Organization 285 million people are visually impaired worldwide and 80% of vision impairment (including blindness) can be prevented or treated. Learning about this major public health problem led me to study at the prestigious London School of Hygiene and Tropical Medicine for a Masters in Public Health for Eye Care, which I just completed this September 2014.

This was just my story but many others are affected by vision loss in Pakistan and across the world. According to the National Survey of Blindness and Vision Impairment, an estimated 1.25 million Pakistanis (based on 2003 population) are believed to be blind (having a visual acuity less than 3/60). This number is expected to increase to 2.4 million by the year 2020, as more people grow older and develop age-related eye conditions. Several million more have a less severe form of vision impairment. Nearly half of these individuals are affected by cataracts which can be easily treated with promising results, as in my story. When asked about the barriers to obtaining cataract surgery, 76.1% reported cost as the leading barrier. The average cost of cataract surgery is Rs 17,000. Cataract surgery, however, is one of the most cost-effective medical intervention when assessing the positive impact it has on a person’s life. Yet many remain needlessly blind because they cannot afford to see.

This is a problem we can work to address. Financing cataract surgery using the Heartfile Health Financing model can prove to be a novel way of helping many regain their vision through cataract surgery in Pakistan and other developing countries. Heartfile Health Financing is helping thousands of poor people in Pakistan by paying for their high cost surgery, thus protecting them against medical impoverishment and foregoing healthcare. Expanding its outreach to eye-care will be a great value addition.  Although other organizations, like the Layton Rahmatulla Benevolent Trust and Sightsavers, are doing excellent work to address this, we can still do more. We should all hope to see a world in which no one is needlessly deprived of the gift of sight, a gift we should all cherish and celebrate. 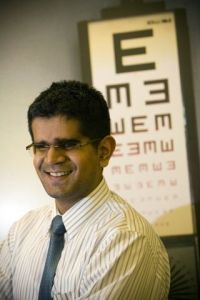 The author is a public health student with a focus in eye care. His personal experience with vision loss inspires him to work and advocate for others affected by vision loss. He was born in Sialkot, Pakistan but moved to New York City at age two, where he currently resides.