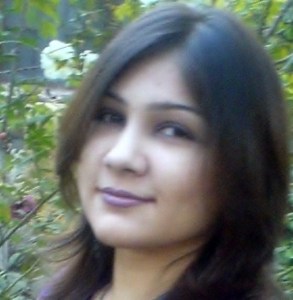 World Diabetes Day is commemorated globally every year on the 14th of November, the date Frederick Banting (The doctor who discovered Insulin in 1921) was born. The day was celebrated this year by various public and private organizations and institutions in Pakistan. According to WHO, globally there are 347 million people living with diabetes. World Diabetes Day is celebrated to raise awareness about diabetes, how its prevalence is on the rise and what can be done to manage and prevent it.

Diabetes Mellitus, simply known as Diabetes, is amongst one of the ancient diseases known to mankind. Diabetes is of many types, Type I is insulin dependent, Type II is treated with oral medication, and then there is diabetes that occurs in pregnancy known as gestational diabetes. In addition, there is a state of pre-diabetes in which individuals have high glucose levels but not sufficiently high to be characterized as diabetes.

No matter which kind of diabetes it is or at what age a person develops it, in my opinion diabetes is a lifestyle where the person needs to eat healthy and exercise frequently. The only thing different from a normal lifestyle is the need for medication. It is only when the complications develop, that it becomes a disease. The situation is however, a bit difficult in low and middle income countries where the cost of treatment of diabetes is high. That is causing a double burden on the patient, encumbrance of the disease itself and then the cost of treatment. More than 80% of diabetics of the world live in low and middle income countries.

In the context of Pakistan, surviving  with a chronic life long illness is commendable. Pakistan has a prevalence of 11% when it comes to Type II diabetes. A recent study from Karachi shows that on an average, a diabetic patient spends 2,070 Pakistani Rupees (PKR) or about USD 19 per outpatient visit to a physician in Pakistan. This is alarming, bearing in mind that near 60% of the population survives on less than USD 2 per day according to World Bank’s report.  This study however, does not reflect upon the cost of treatment plunging upon the patients which they spend each day. This would include lifesaving drugs like insulin, which is used each day and may be taken more than once a day.

In Pakistan, there is a ‘Rule of Halves’ when it comes to diabetes. Of all the diabetics in Pakistan, half get diagnosed, half of those receive treatment, of which merely 30% accomplish treatment targets, and live a life free of complications. The last census in Pakistan was carried out in 1998. Since then there are only conjectures about the size of population hence, all the surveys are based on these speculated number of people. The exact number of diabetics in the country thus is only a mere guess.  This leads to unequal and insufficient resource allocation.

Diabetes in Pakistan is affecting the economy and quality of life of people. The additional factors swelling the epidemic are cost of care, limited resources, privation of medical compensation and pitiable division of health budget. In addition, there is need of health education campaigns about lifestyle changes; including a healthy diet and exercise. Diabetes or its complications till date cannot be cured but, can be prevented and as a wise person once quoted, prevention is better than cure.

Dr. Faryal Baddia
After completion of MBBS, the author did an MPH in Public Eye Health and MSc in Health Policy, Planning and Financing. Her aim in life is to work for diabetics and visually challenged people in Pakistan as she has been suffering from type I diabetes since she was one years old.