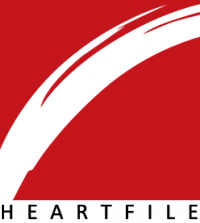 Pakistan is a signatory to the UN Resolution on Universal Healthcare of 2012. Providing universal healthcare (UHC) is a target in the Sustainable Development Goals adopted at the UN General Assembly in September 2015. Healthcare access to all citizens is constitutionally enshrined, yet many are deprived of the basic right to basic health care services. Poor people who form the marginalized groups and most vulnerable individuals are the worst affected.

Such is the case of Tariq Noor. Tariq had been unwell for the past five years with pain in his chest and arm, and recurring cough with blood sputum. He spoke with such detail about his suffering, with so much depth of understanding about his illness and his struggle for life. Tariq had been seen by doctors privately and in several hospitals in the Punjab from where he hails, but was never able to pursue any treatment. His health deteriorated, he was hospitalized in Lahore and tests/diagnostics revealed that he needed a mitral valve replacement and was referred to PIMS.

Tariq was a manual worker who was supposed to work 7-8 hours per day. He gradually could not work more than 3 hours, which affected his income, he said. The family sank deeper into debt, borrowing money which accumulated into huge sums of loan, to meet the costs of his treatment as well as basic expenses for his family of 7 of which he was the only earning member. They were devastated by the cost and the burden of this illness meant that they had to sell their meager assets. Tariq stated: ‘our life has come to a halt. The family is facing a calamity with my sickness. We live day by day.’

The family hailed from Jhang and migrated to the outskirts of Lahore in search of work and to escape poverty. The family lived in a temporary hut in a slum settlement under the constant fear of being evicted at any time. The sullied environment in which the family lived, has taken their toll on their physical, mental and moral health. He stated that for years they have lived in a congested and airless dwelling. Tariq complained at the perpetual problems of contaminated water and lack of sewage which exposed them to diseases. Besides, his own ill health, his spouse has been bed ridden with gynecological complications after a still birth baby. She used to work as a cleaner on a small salary.

Tariq’s long term illness has driven him into chronic and long term poverty. He said his life journey of twenty years was devoid of hope for the future and was determined by poverty and ill health. Tariq was indeed robbed of a prime part of his life. He was pale and lean; his down trodden eyes reflected the pain and suffering. He added that he lives to fight another day, but at times he has no strength to pick himself up.

The planned procedure of mitral valve replacement was prohibitively expensive for Tariq however, it was the only option to save his life. A request for an estimated cost amounting to Rs.155, 000 for a mitral valve was submitted to Heartfile. The support of Heartfile gave a new lease of life to Tariq and has helped him to keep hope alive to start his life anew. Heartfile once more stepped in and saved a family from being plunged into a cycle of debt, misery and more suffering and another life was saved.

The case of Tariq depicts the access barriers which included vast travel distances, catastrophic travel costs, high out of pocket payments for care, long wait leading to the patient being disempowered. These barriers are caused by uneven social-power relationships. Cost of accessing healthcare services were crippling for Tariq’s family who had to bear disproportionate cost burdens. Paying for treatment added tremendously to the family impoverishment. For Tariq a downward spiral of poverty had begun and the family was sliding into the worst form of poverty.

The health care services are vital to patients’ survival and livelihood. To achieve UHC, the right to access to health care must be realized across society so that those who are in need of care especially the disadvantaged groups are able to access it regardless of who or where they are, otherwise poor patients would continue to have inequitable access and their limited power to claim their right to health care would perpetuate.