You are here: Home / Heartfile Stories / Launch of the Global Burden of Disease Study 2010: Session 4

The launch of the Global Burden of Disease Study 2010 was held at the Royal Society in London on December 14th, 2012. Our President chaired the fourth session, a summary of which appears below: 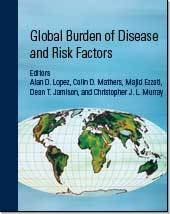 General – questions/statements from the floor