You are here: Home / Guest Bloggers / Health and Education 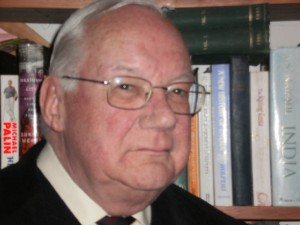 Health and education go together, but unfortunately one main similarity between them in Pakistan is that far too little money is devoted to both.  Of course, there is a national shortage of money, caused largely by the fact that the tax base is so tiny, but had there been political resolve to improve matters, the situation would not be so grave. The government announcement that education expenditure will be increased from 2 to 7 per cent of GDP by 2015 was, regrettably, a theatrical gesture, because it is impossible to achieve. Abolition of the Health Ministry last year was a leap backwards into ineffectiveness.  In short: both sectors are in a very sad state.

Let me tell you one reason why I feel so strongly about this. A few years ago in Karachi my car stopped at a traffic light where there was a sugar cane seller. It had been raining and there were pools of putrid oily water on the roadside.  An obviously poor man bought a newly-peeled piece of cane — and bent down to slosh it round in one of the filthy puddles. Water, you see, is clean.

This illustrates one link between health and education:  because even if the man had basic education, he would have known that roadside puddles are not sterile.  Heaven knows what sort of germs he picked up, but it is almost certain that if he caught some vile infection he would not receive medical treatment for it, because publicly-available health care in Pakistan is disgracefully substandard.

Less than a million of Pakistan’s 180 million citizens pay income taxes.  Last year 300 out of 446 MNAs and Senators did not complete tax returns.  The President himself failed to file one.  Less than a quarter of the 80,000 listed commercial companies pay tax. So money for health and education could exist if the rich would pay their way fairly for their country.  But they have power over legislation and send their children to expensive private schools and fly away for treatment overseas even if they have an ingrown toenail.  Health and education might go together; but so do wealth and determination on the part of the privileged (around the world) to increase it at any national and moral cost. Until Pakistan manages its financial affairs responsibly the vast majority of its citizens, it will continue to suffer from poor health care and inadequate education.