You are here: Home / Guest Bloggers / Investing in water and sanitation has huge health and economic benefits 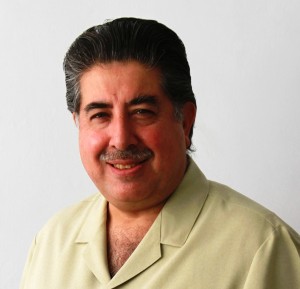 In 2012, the Ministry of Environment (now Ministry of Climate Change) and UNICEF Pakistan launched a sector review report of water and sanitation in Pakistan. This review was an eye opener for us!

We were astounded to learn that an estimated 35,000 to 55,000 children die annually in Pakistan due to diarrhoea. This means that 100-150 children die every day because of diarrhoea.

But that is not the end of the problem!

Pakistan also happens to be one of the priority countries for control of Neglected Tropical Diseases according to the WHO Report on Neglected Tropical Diseases 2010, especially Trachoma, which is an avoidable blinding condition that is perpetuated in poor communities with inadequate water, poor sanitation especially open defecation, overcrowding and dry and dusty environments.

In the last couple of years, the outbreaks of Dengue in Punjab and other provinces are a wake up call. Dengue flourishes in small water collections in and around the house, in particular in drinking water vessels. Piped drinking water can prevent the exacerbations from Dengue. In Punjab, over 12,000 people were infected and close to 300 people died from Dengue. Hospital beds were full of infected patients.

If that wasn’t enough, the recent resurgence of polio in Pakistan, especially following the floods suggests pollution of water reservoirs as one causative factor. Pakistan may be left as the last global outpost in the control of polio. Hepatitis A and E are now endemic due to contamination of drinking water by faecal matter.

The World Bank in their Pakistan Strategic Country Environmental Assessment Report of 2006 have estimated that 2.5 million DALYs are lost annually from diarrhoeal mortality and morbidity associated with inadequate water, sanitation and hygiene. And more recently, the Economics of Sanitation Initiative supported by Water and Sanitation Programme suggests that the economic impact of poor sanitation and water in Pakistan may be as high as 3.94% of GDP.

Why? Simply because: The health problems are enormous and require no less than a herculean effort with commitment of state and non-state resources to address these. If there was one single large scale investment that we can make in Pakistan that would have far reaching health and societal impacts, I would pick up improving sanitation and quality of drinking water.

For those interested in reading further about the water and sanitation story, please refer to the Water and Sanitation Sector Review Report released in 2012.