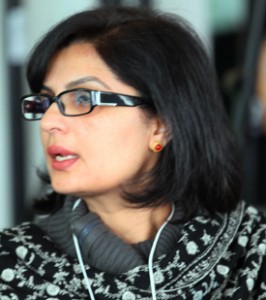 The brutal assassination of nine grass roots level health workers in Pakistan, who were involved in a door-to-door immunization campaign in an attempt to secure children from crippling polio, adds an unprecedentedly grave dimension to the ongoing carnage in Pakistan. Pakistan’s parliament was quick in passing a unanimous resolution and there was widespread condemnation from all factions of the society – rightly so. But the occurrence has deep-seated implications for the global drive to eliminate an infectious disease for a second time from this planet. Additionally, it illustrates the nature of polarization, mistrust and extremism, which has crept into the Pakistani society, posing challenges on ma
ny fronts, beyond public health.

This tragedy comes at a time when the Independent Monitoring Board of the Global Polio Eradication Initiative, in its November 2012 report had just issued a positive note about Pakistan with regard to its efforts to curb Polio. Pakistan’s Polio program reduced cases by more than 60% since last year (from 154 to 64). This indicated that things could turn around after the 2011 multidimensional negative trends where environmental surveillance indicated ongoing geographically widespread transmission and domestic numbers of new polio cases kept soaring. During 2011, Pakistan was also held responsible for international spread with virus causing outbreak in neighboring western China. Additionally, it was declared the only remaining reservoir of a rare wild poliovirus type, posing a risk for reseeding Asia.

The recent wave of killings is, therefore, a huge setback given that it has placed the 2012 gains at risk. It has also added another level of challenges to the existing multidimensional problems for vaccination, which includes: problems of geographical inaccessibility due to the armed insurgency in large parts of the country; refusals by parents to vaccinate on the mistaken notion that vaccination is forbidden in the religion; population movements across the vast and porous Pak-Afghan border; abysmal state of water and sanitation; the perception that immunization is part of a covert operation; and the 2011 commercial-interest driven smear campaign against GAVI, which despite the government’s rebuttals helped to strengthen misplaced fears about vaccination–the list goes on. In fact, Polio in Pakistan today is not just a public health issue, but an illustration of the problems inherent within the state and the society.

Pakistan’s polio eradication drive has also taken brunt of the country’s governance challenges. Institutionalized collusion, geared to systematic pillage at the health systems level and absence of an accountability law make it very difficult to insulate polio from overall inefficiencies and malpractices which plague public sector functioning. Compounding these is the 18th Constitutional Amendment-led abolition of Pakistan’s Ministry of Health and the lack of readiness of some provinces.

These challenges were already overwhelming for Polio eradication efforts but the recent wave of killings adds another and an unprecedented complexity–Polio vaccination risks becoming one of the epitomes of the anti-western sentiment in Pakistan. If that happens, the global gains in Polio eradication could be at risk. Much has transpired between the 1988 World Health Assembly (WHA) Resolution, which called for eradication of Polio by 2012, and global events around Polio Eradication in 2012, during which investment of more than US$ 8 billion, 20 million workers and implementation in 125 countries characterize the scale of the eradication effort. With the May 2012 WHA Resolution, labeling polio as an emergency, WHO’s Global Polio Emergency Action Plan 2012-2013, and the Endgame Strategic Plan 2013-2018 now framed, the end is in sight. But so long as a single child remains infected, children around the world are at risk.

Pakistan now has a three-fold responsibility: addressing systemic polio eradication impediments, getting vaccination back on track with appropriate security cover for more 90,000 vaccinators, and reaching out to the masses with the right information to ally mistrust. At a minimum this would demand the will to prioritize action, the intent and ability of political factions to work collaboratively, and the ongoing injection of resources. With parliamentary elections forthcoming, all these will be in short supply.