You are here: Home / Guest Bloggers / Universal Health Coverage is in sync with the new geopolitical reality 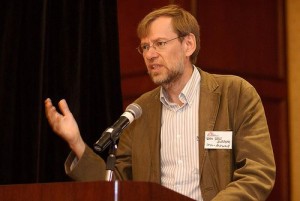 Last week the UN General Assembly passed a resolution on Universal Health Coverage, apparently with broad support from the Global South and North. That is no coincidence. In my opinion, UHC’s unique selling proposition is its obvious appeal to middle-income countries, BRICs and other emerging powers. Countries like Indonesia, Brazil, China, India, South-Africa, Mexico, Thailand, … are among the biggest advocates of UHC and for good reason. Decision makers in these countries see UHC increasingly as a smart economic investment in the medium and long term and reckon it will boost their popularity and ensure social stability. The latter aspect was even explicitly mentioned by the Chinese minister of health at the Beijing symposium. No doubt, the sentiment is no different in some countries in Northern Africa and the Middle East at this moment, keen as they are to avoid more “Arab Spring-style” social instability.

So UHC seems a cause fit for these times. While the mood at the turn of the century was very much about ‘rich countries helping poor countries’, in line with the dominant ‘donor-recipient’ thinking of the time, nowadays goals like fighting child and maternal mortality are far less appealing to middle-income countries. Although these issues are anything but solved in many parts of the world, including in some emerging countries, a globally shared goal like UHC sounds a lot more attractive for politicians and civil society in these countries. Characterized by rapidly growing economies, these countries tend to be increasingly confident. Many of them have made huge UHC progress in recent years or will soon embark on important health reforms with the aim of improving coverage and financial protection. The momentum seems unstoppable. By now, some of these middle-income countries have become UHC role models, and deservedly so.

No doubt the operationalisation of UHC in widely divergent contexts, ranging from very low-income fragile states over emerging economies and BRICs to OECD welfare states “under stress” will bring enormous challenges. All experts agree there are no blueprints, and UHC policies and implementation will need to be tailored to the context. Yet, I consider the fact that middle income and emerging countries are driving the UHC agenda as an obvious asset in our rapidly changing world. For me, this sets UHC apart as a great candidate for an umbrella post-MDG health goal.