The global movement towards universal health coverage (UHC) inspired a series of landmark events across the world during 2012. The objective of UHC is to ensure that people are able to access high-quality services without risking financial ruin resulting from catastrophic spending on health. The Pakistan situation with regard to UHC needs to be viewed constitutionally, to begin with. Choked Pipes, Authored by our President states that “Under the Constitution of the Islamic Republic of Pakistan, most of the fundamental rights listed in Chapter 1, Part II—entitled Fundamental Rights—fall within the domain of civil and political rights. Socio-economic rights, including the rights to health and education, have not been explicitly recognized as rights in this chapter. However, a reference to socio-economic ‘rights’ features in two areas in the constitution. The Objectives Resolution makes an explicit reference to social justice as one of the five principles guiding the democratic state. Secondly, Article 25 and 38-d of chapter 2, Part II—entitled Principles of Policy—refers to ‘Equality of citizens’ and ‘Promotion of social and economic well-being of the people’, respectively. Other articles of relevance to health include Article 9 on ‘Security of a person’ and Article 14 on ‘Inviolability of the dignity of man.’” The 18th Constitutional Amendment in Pakistan. There is, therefore, ample justification for the need to institutionalize UHC in Pakistan. Since the ‘manifesto-race’ in the run up to the forthcoming elections will commence soon, it is hoped that political parties will take this up as a core agenda.

A review of the currently ongoing global events can help shape thinking in Pakistan and it is with this in view that some noteworthy events organized to accelerate the pace of UHC as a development agenda, globally are being shared on the Heartfile eForum blog. 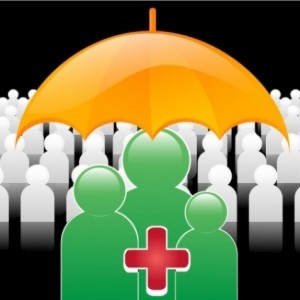 In January 2012, health experts and academics from across the globe gathered in Bangkok, Thailand, for the 2012 Prince Mahidol Awards Conference, which delivered a 10-point declaration recognizing UHC as a core component of the basic right to health. More than 800 delegates at the conference made a commitment to “translate the rhetoric of UHC into more equitable health outcomes”.

In May 2012, the 65th World Health Assembly opened with a discussion on the theme ‘Towards Universal Coverage,’ with all member countries of the World Health Organization sharing their remarks on the global movement for UHC. The Director General of WHO Dr. Margaret Chan termed UHC as “the single most powerful concept that public health has to offer…a powerful equalizer that abolishes distinctions between the rich and the poor, the privileged and the marginalized, the young and the old, ethnic groups, and women and men.” She suggested three lines of advice on the occasion: “First, get back to the basics, like primary health care, access to essential medicines, and universal coverage. Shift to thrift. Develop a thirst for efficiency and an intolerance of waste.

In June 2012, the importance of UHC to enhancing health, social cohesion and sustainable human and economic development was recognized by world leaders in the ‘Future We Want’ outcome document. “We commit to strengthen health systems towards the provision of equitable, universal coverage and promote affordable access to prevention, treatment, care and support related to non-communicable diseases,” the document states. The participants also called for collaborative arrangements aimed at strengthening of health systems. There was an emphasis on the need to increase health financing and to create an enabling environment for recruitment, capacity-building and retention of health workers. Improvements in the distribution of and access to safe and affordable medicines, vaccines and medical technologies were also flagged.

Tunis Declaration on Value for Money, Sustainability and Accountability in the Health Sector

In July 2012, the African Development Bank hosted the Ministerial Conference on ‘Value for Money, Sustainability and Accountability in the Health Sector’ in Tunis. Organized by the Harmonization for Health in Africa partners, in collaboration with the African Union and the United-Nations Economic Commission for Africa, the two-day conference delivered the Tunis Declaration, which was a roadmap guiding the future health agenda in Africa. The declaration voiced a commitment to reaching the objective of UHC; integrating socio-economic, demographic and health factors into broader development strategies in order to optimize good health and population dynamics; laying out the path to UHC for each country, in particular establishing mechanisms to ensure equitable access to essential health services including social health insurance; and solidifying sustainable health financing systems that build on and coordinate the diversity of sources of finance including institutional health financing and better coordination and predictability of external resources to ensure that all have access to good quality essential health services. The conference also recommended greater domestic accountability and reduced dependence on foreign aid.

11th ASEAN Health Minister Meetings
In July 2012, ASEAN and its key partners Japan, South Korea and China decided to highlight the provision of UHC as an essential intervention for the more than 2 billion people living in the region. The decision was taken at the 11th ASEAN Health Minister Meetings and related meetings organized in Phuket by Thailand’s Ministry of Public Health. The meeting focused on five thematic issues namely, global severe problem on Chronic Non-Communicable Diseases Control and Prevention; Building Universal Health Coverage; Tobacco Control; AIDS in Urban area; and Emergency Disaster Management. Side meetings were also convened to brainstorm issues like UHC for the success of universal health coverage system building in ASEAN.

In September 2012, The Lancet published a collection of papers that took stock of various social, political, and economic issues affecting the global movement towards UHC. This first of its kind series, which featured viewpoints from public health experts, addressed three UHC-related aspects: the effects of UHC on population health; government involvement in UHC, and how low-income and lower middle-income countries in Africa and Asia are progressing towards UHC. “Universal Health Coverage is the most powerful equalizer and accelerator for improving health and increasing societal resilience, and the Lancet’s focus on UHC is a testament to the prominence this issue has achieved within the global health agenda,” said Rockefeller Foundation’s Managing Director for Health, Dr. Jeanette Vega. The President of Results for Development Institute David de Ferranti said, “The global movement toward universal health coverage will change the fabric of human society in the decades ahead. Rising incomes and growth in Africa and Asia are driving citizens to insist on better policies that reduce out-of-pocket payments for health services. It is important that the global community recognize that moving toward UHC is now a priority. At stake are the lives and wellbeing of 3.5 billion people who are struggling to escape the grip of poverty.”

In November 2012, Beijing played host to the ‘Second Global Symposium on Health Systems Research: Inclusion and Innovation towards Universal Health Coverage.’ The symposium offered a platform for sharing of latest evidence vis-à-vis health systems research. With 110 countries represented, the conference offered a unique chance for the 1,800 participants to discuss the progress achieved and the challenges that remain to be overcome for effective implementation of priority research on accelerating progress towards UHC. Avenues were also explored on how to best facilitate research collaboration and identification of approaches to strengthen health systems research.

In December 2012, the United Nations General Assembly approved a resolution on Universal Health Coverage (UHC). The resolution urged UN member states to consider the inclusion of UHC at all stages of post-Millennium Development Goals discussions and negotiations. The document also committed member states to ongoing discussions on how best to promote UHC at the national, regional and global levels and sets the stage for a High Level Meeting on UHC in 2013.

Acknowledgment: The events detailed above have been selected from a ‘UHC Forward’ post of the Results for Development Institute.