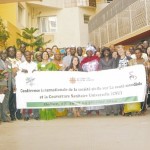 Central to the post-2015 development agenda discussions is the goal of achieving universal health coverage as a quest for better health care, a demand for equity and a promise to eliminating extreme poverty by 2030 through sustainable development. Universal health coverage is not a new phenomenon, many countries including Japan and the United Kingdom had achieved […] 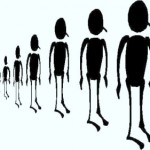 A Dubai-based bank announced a job opening for South Asian applicants, where the copious number of Pakistani applications exceeded expectations, while the number of Indian applicants was… well, it did not exist. There was not a single Indian that wanted to work at that ‘bling-bling’ Dubai job. Why? Because the Indian youth does not need […]

A colossal population of approximately 3.3 billion people, nearly half of size of world population, is at risk of malaria is a clear indication of a silent emergency. The recent World Malaria Report, 2013, released by the World Health Organization shows how far we have come in our fight against malaria and it shows that […] 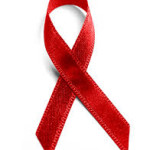 The imperatives for building awareness about AIDS stems from the very pandemic nature of the disease. This year’s theme for the World AIDS Day was “Shared responsibility: Strengthening results for an AIDS free generation”, marking the campaign’s 26th year anniversary. Since 1988 to date, there has been massive progress in the eradication of the once […]

Pakistan is currently the 6th most populous country in the world and is on the verge of becoming the 5th most populous. In terms of demography, it is a ‘young country’, where 50% of its population is below the age of 20, which means that there are 235 million people in the working age group.  […] 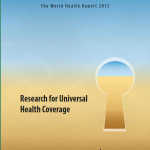 The World Health Organization launched the “World Health Report 2013:  Research for Universal Health Coverage” in Beijing on August 14th, 2013. This report resonates the 2010, World Health Report on “Health Systems Financing: The path to universal coverage”. The interest in universal health coverage has only grown since then as Dr. Margaret Chan, WHO Director […]