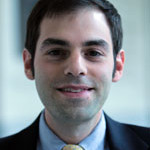 One of the early top priorities of newly elected Pakistani Prime Minister Nawaz Sharif is improving relations with India. Sharif, who has long advocated for a closer relationship, is particularly keen to normalize commercial ties with New Delhi. The prospects for Pakistan-India trade normalization have been greatly enhanced ever since Islamabad announced, in late 2011, […]