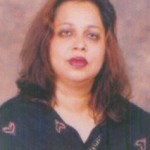 “We cannot afford to be ignorant about population issues; it is an unfinished, huge agenda that is impacting every sphere of development in this country” On the occasion of 20th anniversary of International Conference on Population and Development (ICPD) (Cairo) conference this September, all countries are taking stock of progress made to achieve ICPD goals […]