Global traction towards Universal Health Coverage has resonated since the release of the World Health Organization’s (WHO) World Health Report 2010, where the Director General of the WHO, Margaret Chan stated that “Universal Health Coverage is the single most powerful concept that public health has to offer.” This year, the world’s premier health journal, the Lancet launched its special series on […] 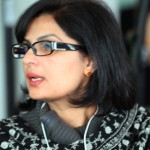 Great trepidations shadow Independence Day. With the country’s increasing isolation in the arena of international politics, poor state performance, and a polarized society, Pakistan survives today primarily on the resilience of its people. This is a time to reflect on where we stand in the broader global context and appreciate the nature of the imperative. […]

Despite massive investment and high level political commitment, Pakistan still risks being the last remaining reservoir of polio virus transmission in the world. Our articles and statements in the media and in other academic journals on this issue can be read below: