The ‘Lambi Zindagi Kay Raz’ or ‘Learn to Live Longer’ campaign was launched by Heartfile as part of its Corporate Social Responsibility Programme . The objective of the campaign was to influence people to adopt lifestyle modifications that have implications for prolonging life.

In its opening phase, the campaign consisted of media interventions with high-frequency repeat cycles. The content of the campaign was based on scientific evidence guided by locally-conducted behavioural research; it drew on the principles of social marketing, leveraging Heartfile’s social identity.

The campaign utilized contemporary scientific approaches to impact health outcomes at a population level; it had been modeled to influence a set of nationally agreed health indicators. The campaign addressed a series of health issues inclusive of a healthy diet, regular physical activity, control of obesity, lowering of blood cholesterol, tobacco-use cessation, use of safe needles, road safety, injury prevention and population screening for chronic disease.

The campaign incorporated an in-built robust mechanism for ongoing evaluation. Baseline levels of awareness and practices have already been established through a nationally representative survey. 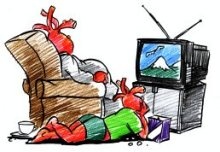 The following programmes formed part of the campaign:

Drugs – Get Rid of Them