May 21, 2013: As Pakistan begins its voyage in reforming its healthcare infrastructure, Heartfile and Aga Khan University jointly hosted the launch of the Pakistan Lancet Series at Comstech Auditorium in Islamabad on May 17, 2013. The series titled Health Transitions in Pakistan was revealed by Dr. Richard Horton, Chief-in-Editor of the Lancet. The Series Editors, Dr. Sania Nishtar, Federal Minister, Government of Pakistan and Prof. Zulfiqar Bhutta, the founding director of the Center of Excellence in Women and Child Health, Aga Khan University were joined at the panel by Dr. Richard Horton, Prof. Tazeen Jaffar of Duke-NUS Graduate Medical School, Singapore and Dr. Abdul Ghaffar, Executive Director of the Alliance for Health Policy and Systems Research, WHO, Geneva. The meeting opened with a video message by Dr. Margaret Chan, Director General of WHO who praised the formation of the health division in Pakistan. The four papers published were then presented by the panelists. 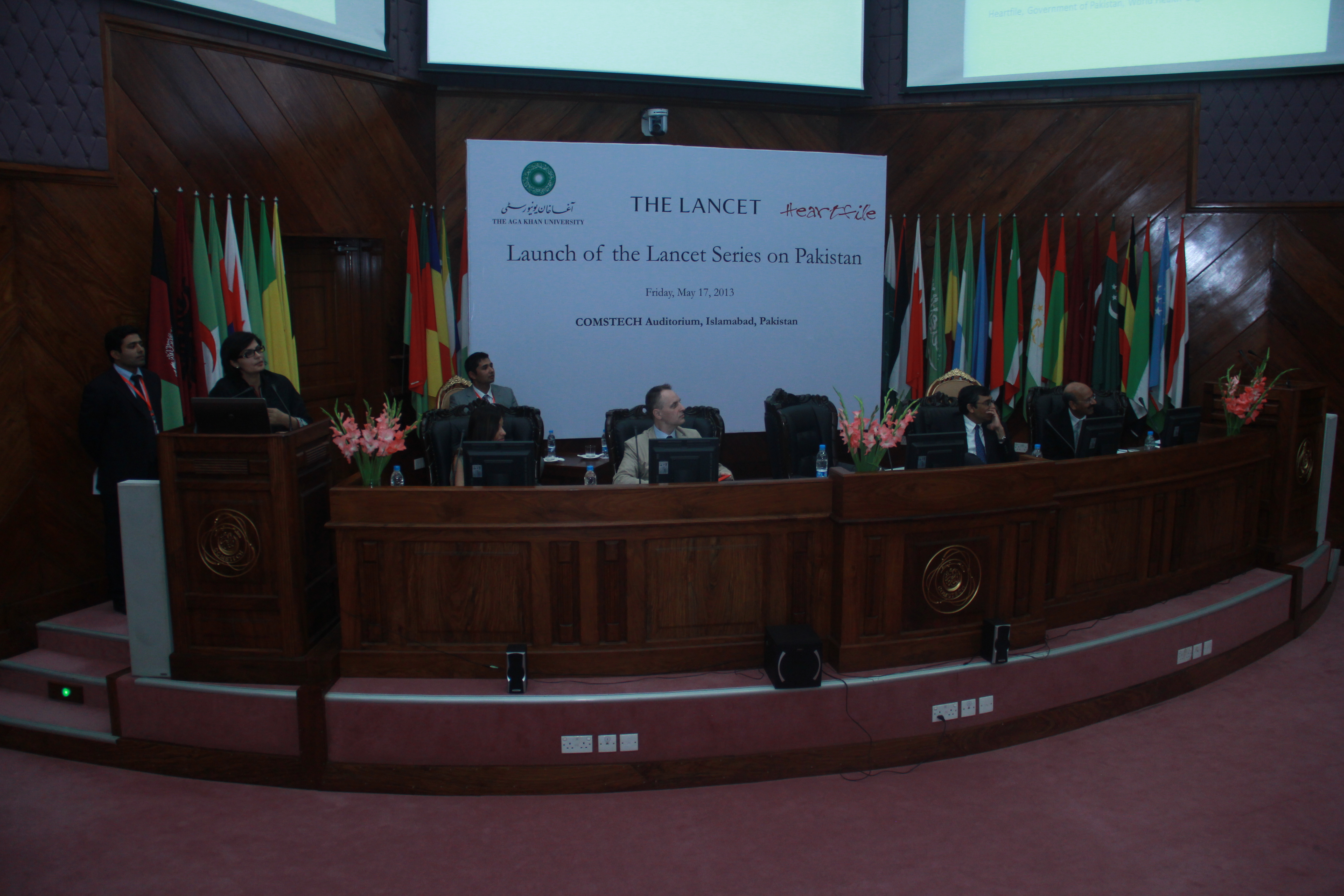