November 11, 2012: The Second Global Symposium on Health Systems Research was held from October 31st till November 3rd, 2012 in Beijing which was attended by over 1,700 representatives from more than 100 countries and 760 institutions. The final Plenary on Post-2015 development goals: Framing the issues, prioritizing health and using the evidence was chaired by Richard Horton, Editor-in-Chief, The Lancet and the plenary speakers included Joseph Kasonde, Minister of Health of Zambia; Anders Nordström, Ambassador for Global Health, Ministry for Foreign Affairs, Sweden; Bob Emery from USAID; Toomas Palu, from the World Bank and our president, Sania Nishtar. The Webcast for which can be accessed here. 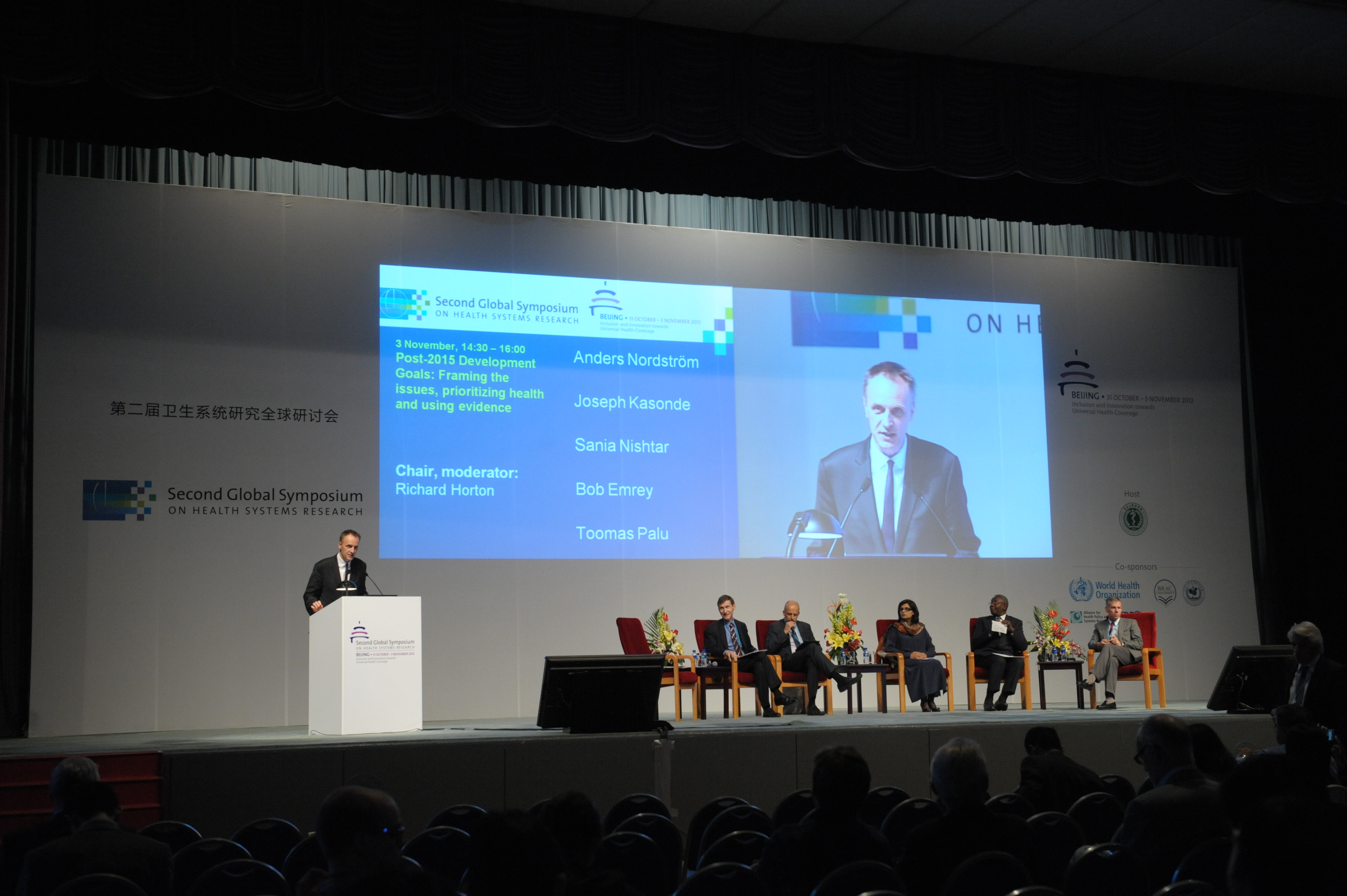