‘Us’ is the weekly adolescents’ magazine accompanying ‘The News International.’ The Us-Heartfile public awareness campaign featured articles that took the shape of large graphics, with the message contained in a thick 100-150 worded caption. The content focused on cardiovascular disease prevention issues relevant to adolescents, using a language and jargon that resonated well with that age group. Particular attention was given to tobacco use cessation, healthy eating and the importance of physical activity. A total of 219 features were published under this campaign, which concluded on September 21, 2005.
Funding:
Department for International Development, UK; 2001-2004. 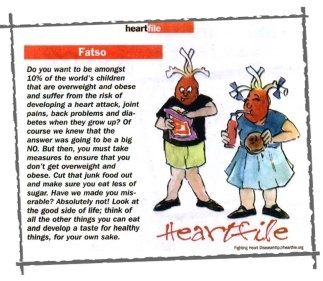