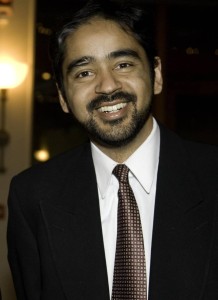 When it comes to availability of quality medicines, we seem to have an end-to-end problem, from the very beginning of the supply chain all the way to the end. We have a whole menu of raging fires that need to be fought every day, with little respite for the affected public. We do not need to go back in history to find evidence of the breadth and depth of our crisis. A quick news analysis of just a few weeks paints a grim picture. We can scan a period of a few weeks at any time in the year, and we are bound to get a number of depressing hits. In the last few weeks, every major newspaper has carried multiple and often different stories associated with poor quality medicines or counterfeit drugs. Our menu of problems in this arena has poor manufacturing and shady operations at the top of the list. These manufacturers of misery are sometimes raided but often go under the radar. We have fractured distribution also featured prominently on the list. The disintegrated supply chain leads to unavailability of life-saving drugs and causes preventable deaths even in larger hospitals in major cities. The list would be incomplete without the apathy of the government. This week, the Senate standing committee once again issued a “directive” to fill vital posts in the Drug Regulatory Authority of Pakistan (DRAP) to combat the issue of spurious medicines. I have lost count of how many such directives have been issued to date and if any action in this regard has been taken. And let’s not forget the story from a couple of months ago when our substandard medicines were found to be widely present in the Afghan market as well. The saddest part of this whole story about drug safety is that it no longer bothers us, it does not make major news nor does it get to the level of high priority action from those in power.

A recent report, earlier this week, in the leading global health journal, Lancet, paints a very grim picture of widespread resistance to the most promising anti-malarial, Artemisinin, spreading rapidly in Asia and reaching the doorsteps of India. It is driven in a large part by substandard medicines. It won’t be too long before we start seeing the effects as well. We already have substantial resistance issues in TB and anti-malarials; the last thing we need is to become more vulnerable with regards to malaria as well.

Safeguarding our population, be it from militancy challenges, social ills or those of apathy need a strategy. However, successful and effective strategies also require some robust and reliable information. This is one of our biggest problems. Ask anyone, literally anyone you know, and they are bound to know someone who has been affected by spurious or substandard medicines, but if you push hard, there is no real data about the extent of the problem. No one knows how often the problem surfaces, is it worse with domestic or foreign manufacturers, is it particularly problematic with a given vaccine or a specific drug. The efforts to employ IT-based solutions, as the Punjab government has done, while useful, only scratch the surface. IT-based solutions can only test packaging and look at some counterfeit drugs, but what about the bad drugs made by ‘reputable’ manufacturers, which is a far bigger problem? What about the drugs that degrade when they are not stored properly? What about drugs that do not have the right amount of the active ingredient and lead to long-term drug resistance? Counterfeits are only a small part of the big problem we face. Not having reliable data on the nature, extent and magnitude is a much bigger problem.

If not having data is our first problem, not doing anything about it is the other big problem. The great social challenge of our society is no longer about ‘haves and have-nots’, but about haves, have-nots and care-nots.

This article has been cross-posted from Express Tribune and first appeared on http://tribune.com.pk/story/846613/drugs-data-and-deaths/ .